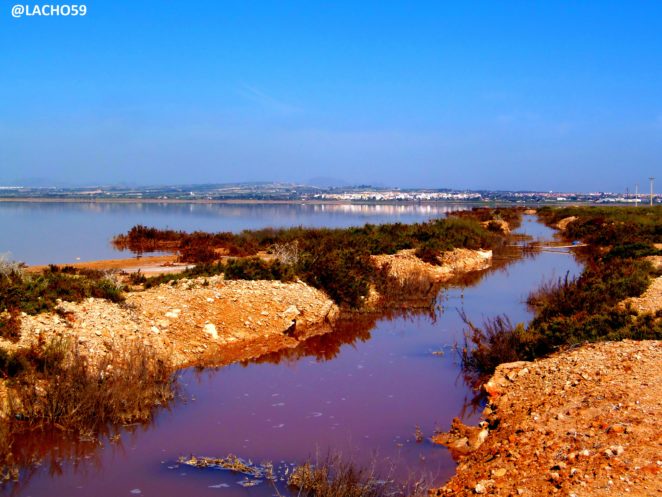 Pink Lake – The very water in it looks pink – it comes from the sea on a dedicated channel. Salt yields a boost to the development of life and livelihood here. In the 19th century a railway linking the villages of Torrevieja and Albatera was also built. The salt was spent on it at the port of Alicante. According to the chroniclers’ stories, this railroad was very primitive and was designed solely for the transport of salt.

Today it does not exist at all. Only the station is left, and the “Salt Museum” is nearby. Nevertheless, the railway has helped to develop the settlement and the area. It also served as a connection between settlements. It was accompanied by salt and food and household goods. The first summer holidaymakers have come here with the train, choosing the place to make salty mud baths. And at the former station, for example, there was a police station and a suitcase carrier. Today, both the station and the Salt Museum close to it are open for visitor