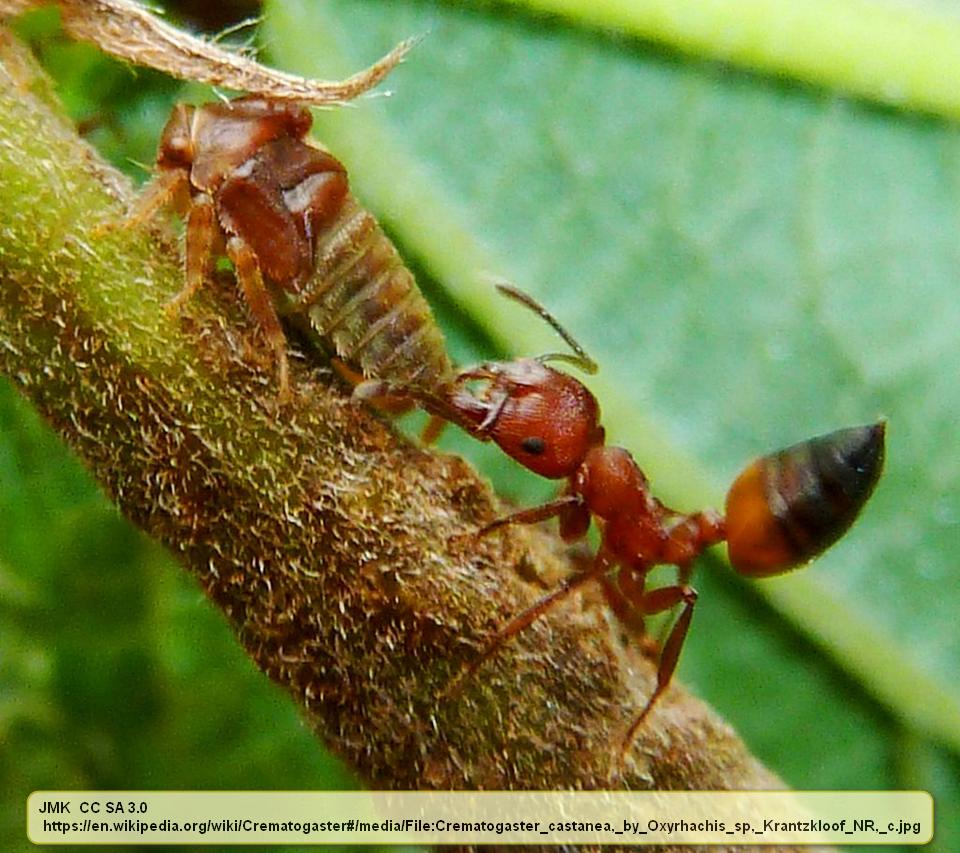 When it comes to ants, much is said about certain kinds, so people are often quite aware of those types of ants. For instance, people are likely to know about carpenter ants, sugar ants, driver ants, army ants, and fire ants. There are many more kinds, though. One of those is called the acrobat ant.

Acrobat ants are in the genus Crematogaster. The ‘gaster’ part of the genus name is a reference to the abdomen, which these ants can raise up and over their thorax. This allows them to sting in nearly any direction. There are over 400 species of acrobat ants.

This ant is also called cocktail ants or Saint Valentine ants. These are tiny ants, often about 1/16th of an inch or less in length, but they are aggressive biting and stinging ants. The coloration is black, brown, red, or a combination. 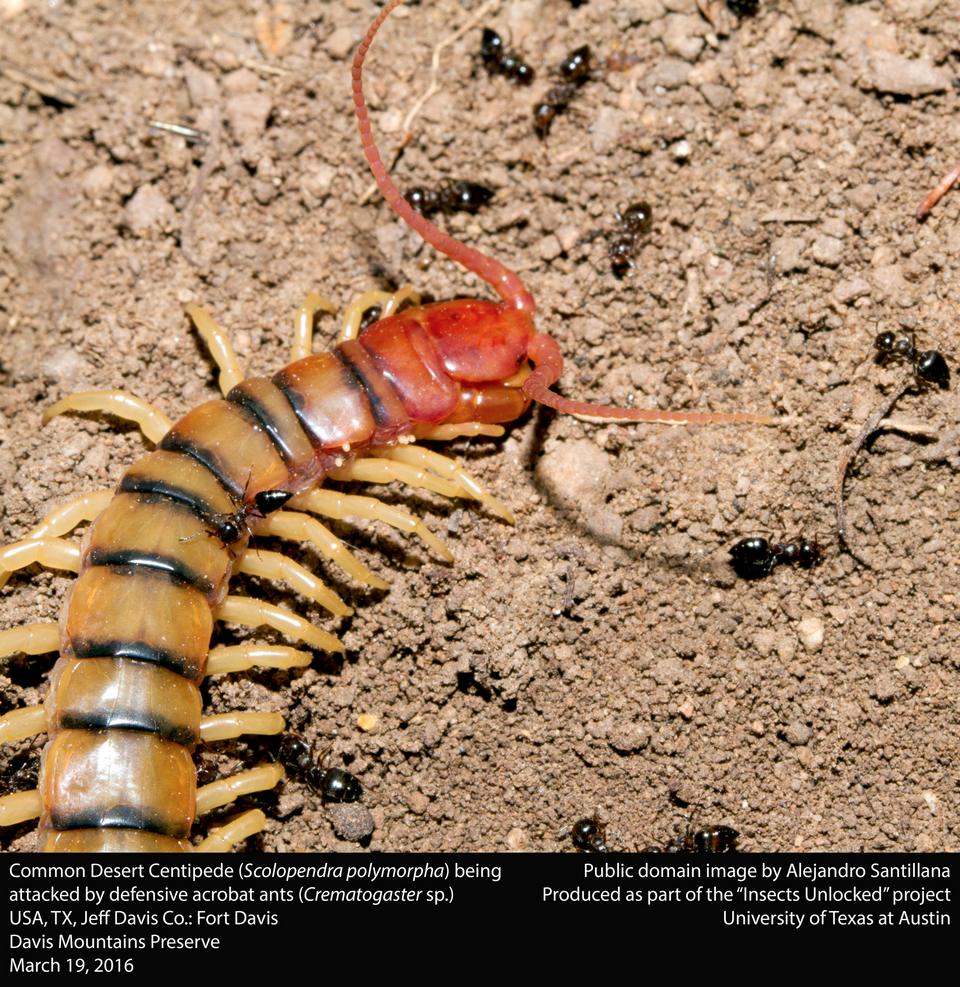 Acrobat ants are active predators and will attack insects that are much larger than themselves. The prey includes several species of wasp. They nest in varied places; in trees, in homes, in wood piles, under rocks, and so forth.

They are also found in many different countries, so they have a wide distribution.

One thing that is a bit different about these ants has to do with the laying of eggs. With most species of ants, only the fertilized queen ant lays eggs. If the queen, or queens if there are more than one, die, the colony dies. The worker ants are infertile females that are unable to lay eggs, so when the workers die, no more workers are produced.

With acrobat ants, though, some colonies have what can be called ‘large worker’ ants. These individuals are larger than typical worker ants but are smaller than queen ants. What makes them unusual is that large workers can lay viable eggs. Killing the queen ant doesn’t kill the colony because the large workers replenish the colony by laying eggs.

Acrobat ants are also highly protective of their host plant or tree. If the plant is harmed, it often causes the ants to rush out in defense, immediately aggressively attacking whatever caused the harm. Sometimes, merely brushing against the plant is enough to trigger this response.

Although most people have probably not heard of acrobat ants, they are numerous and are found over a huge range. They may be tiny, but the colonies can be quite large, so these can be formidable ants to have to deal with. They can be bothersome and can deliver painful bites and stings, yet they do a great deal of good by destroying many insect pests.