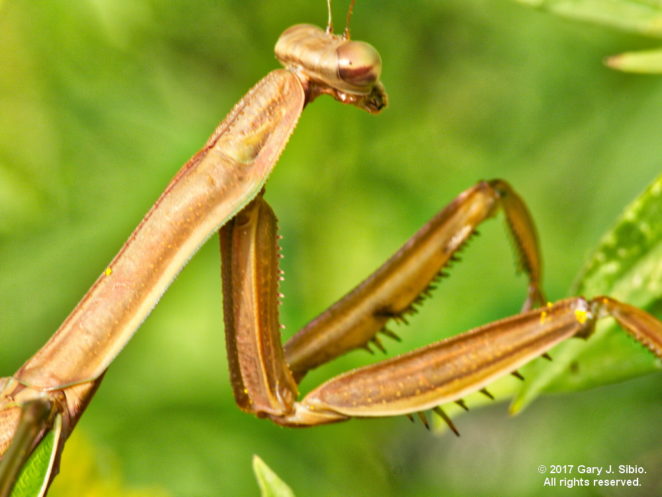 While returning from a mini-vacation, my wife and I pulled into a forest preserve so we could stretch our legs. While looking around I saw a patch of Goldenrod and went to see if there were any bees to photograph. No bees but I did find this guy (gal?), a Chinese mantis. I was thrilled since it had been quite some time since I had seen one in the wild.

As the name implies, they are an invasive species which was accidentally brought over from China in the late 1890s. Since they did such a good job of eating pests, most people aren’t all that upset about their presence.

Below are three versions of the same photo which was taken 02 Sep 2017 at Turnbull Woods which is located in Glencoe, Illinois along Green Bay Road just south of Lake-Cook Road. It is part of the Forest Preserve District of Cook County (FPDCC).

The photo was taken with a Nikon Coolpix camera with a Canon 250D + 4 diopter multi-element close-up lens.

For this version I used Macphun's Luminar for Windows (beta) and applied the 'Detailed' preset to clean it up a bit. 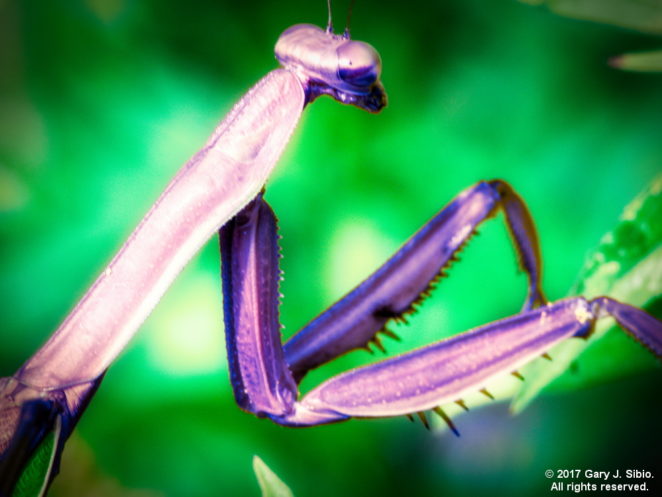 For this version I used Macphun's Luminar for Windows (beta) and applied the 'Dark Moon' preset to make it look a little spooky. 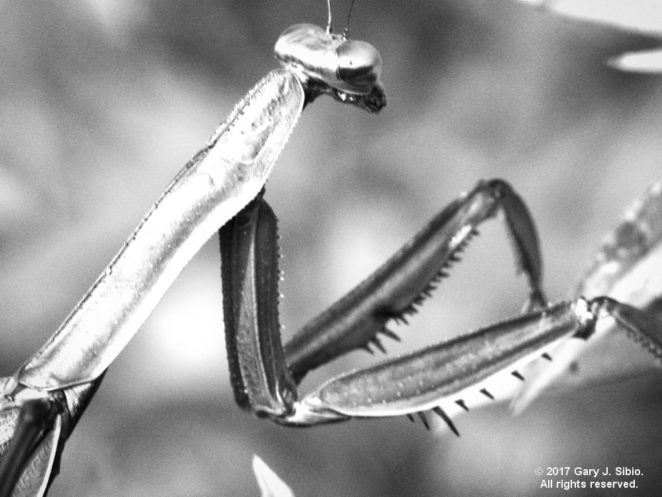 For this version I used Macphun's Luminar for Windows (beta) and applied the 'Film Noir' preset to make it look like a 1950s science fiction movie.