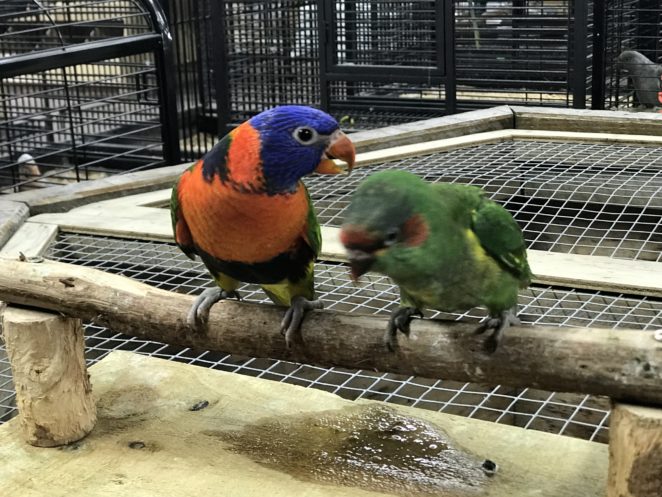 This was taken by my cell phone in Bird Barn pet store, Lincoln Road, Henderson.

However, my little Louis was weighed and measured by the vet. He weighs 60 grams which is the heaviest budgie she has ever seen, so he is now on a strict diet of Harrisons Formula only.

Plus she cut his toe nails and told me now he is older. That cage he lives in must be scrubber with vinegar once a week but he needs a bigger cage, now he is an older bird.

Yesterday I made measurements on how much bigger is possible and it was like everything fell into place at Bird Barn in Henderson.

I have a new cage more next time.