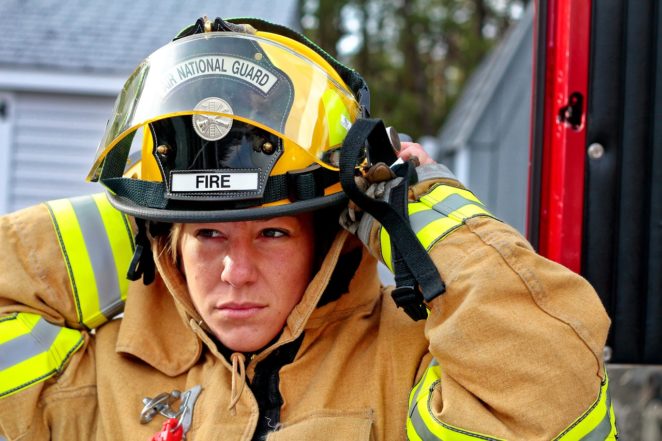 There are two meanings of buff but I’m interested in the third meaning of buff.

A buff is a person who has an interest in something. He is so strongly interested in something that you can tell a friend of yours, “John is a war buff.”

Origin of the word

Back then, New York was growing in heights as a city. The buildings during that period were constructed from wood and brick. Many of the buildings were old and it was common for fire to break out from these old buildings.

The fire departments were not well-organized. Whenever a fire broke out, people would leave what they were doing and rush to the scene to assist in putting the fire out.

It was noted the fire departments required men who were trained as firefighters. However, it was a volunteering job. They would be trained and when fire broke out, they would stop doing what they were doing even if they were paid and go to scene to fight the fire.

The volunteers were mostly young men. In cold weather, these volunteers would wear coats made of buffalo’s skin. This was to keep them warm and dry.

The term ‘fire buff’ was invented to mean any man who would rush to assist in putting out fire when fire alarm bell rang.

Over the years, the word ‘buff’ changed its meaning to mean something a person is strongly interested in or loves so much.