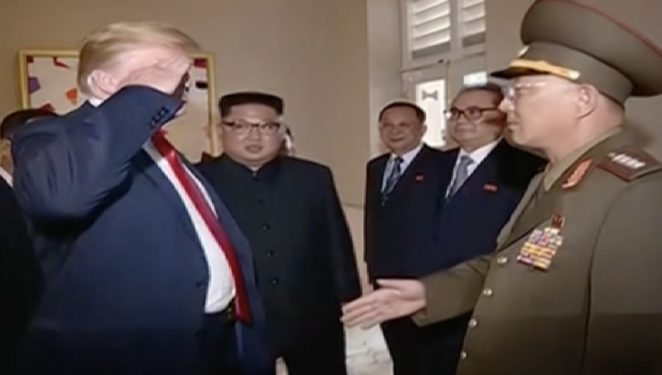 American President Trump became victim of shock and put a salute in front of the North Korean general.

North Korea’s official television broadcasted 2 days ago, Trump and general of North Korea’s scenes of greetings and conspiracy, which took place especially in the US media.

Immediately after this, General Chole extended his hand to Trump, on which the American President got confused, and this moment was capture by camera.

In this context Trump’s fans say it was a common matter and there is nothing embarrassing in it. On the other hand, some people say it was a freaky scene.