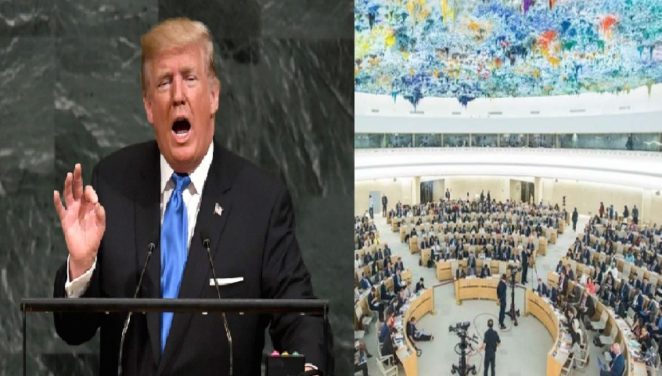 Geneva: The United States announces to leave its membership from the UN Human Rights Council alleging that UN HRC is Hypocrites and anti-Israel.

In United Nation, US representative Nikki Heli said in a joint press conference with American Foreign Minister Mike Pompio, that the UN Human Rights Council is anti-Israeli and hypocrites who has humiliated human rights, so America decides to leave the membership of this council. Niki Heli said the human rights council as a mess of political prejudice.The purpose of quitting that membership is not that the United States is withdrawing from its human rights responsibilities.

United Nations Secretary General Antonio Gutherich said we are trying and demanding from America to change his decision in this case. They want the US Council member to be. The United Nations Human Rights Commissioner Zaid Radd Hussein said that the American move is frustrated but not surprising.