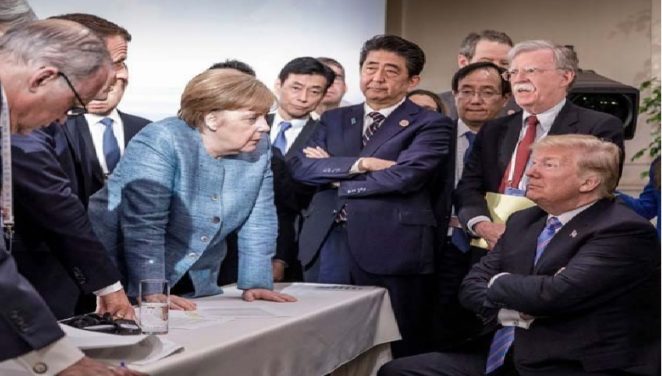 The Group meeting of the developed countries ended with the American President Donald Trump’s negative behavior.

According to the International News Agency, Organization of developed countries, G-7, has ended a two-day meeting in Canada.However, due to the unnecessary and negative behavior of the US President Donald Trump, the end of the meeting could not be concluded, which has hit a lot of US allies in the group.

The Donald Trump had returned to meet the head of the North Korea President before the final conclusion of G-7 meeting. While traveling from Canada for Asia on the last day, President Trump ordered his representatives not sign the joint declaration of the G-7 meeting, which could not continue the announcement.

On the other hand, US President criticizes the G-7 meeting Host and Canadian Prime Minister Justin Trudeau and defended taxes imposed on the steel and aluminum aluminum from the US And G-7 countries did not respond positively to the proposal. European countries also had aggressively responded to the tax imposed by the US. Due to which the tax issue has become a serious diplomatic conflict.