This is one of those feel good stories you hear about from DeepPizzaGuy but this one was a little too close to home.

This fire erupted last week after I got home from work and is a good friend and neighbor’s house.

I had just gotten home from work and ate dinner. My 92 year old mother and I were relaxing in front of the TV, when we heard an explosion that shook the ground. We naturally looked to where the explosion had come from and the first picture was shot from my front door just a few minutes after the explosion.

It took me a second to process that this was our friends house. He is single living with two guys and their two dogs. A German Shepherd and a mix breed small dog. My mom was the first to call him at work and tell him his house was on fire.

The explosion blew out the windows in the house. It took the firemen three minutes to arrive after the explosion. They were super fast. When they arrived, they found the dogs outside in the yard near the white part of the fence on the second picture. Their fur was burned in places but due to the firemen’s quick response they both survived with no injuries.

The house is a complete loss, but all survived.

Here are the two pictures I clicked. 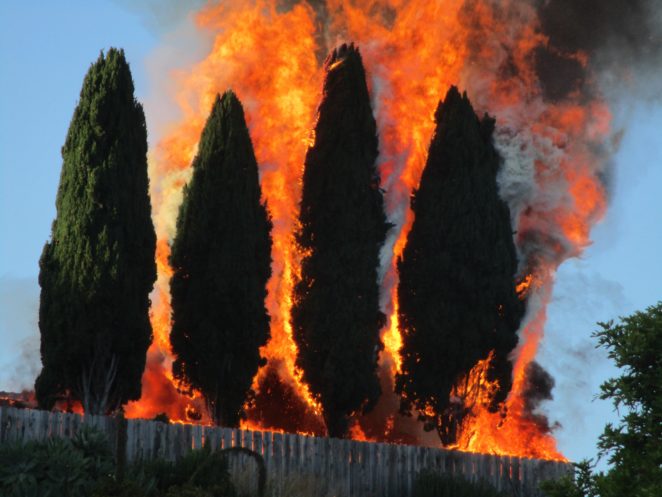 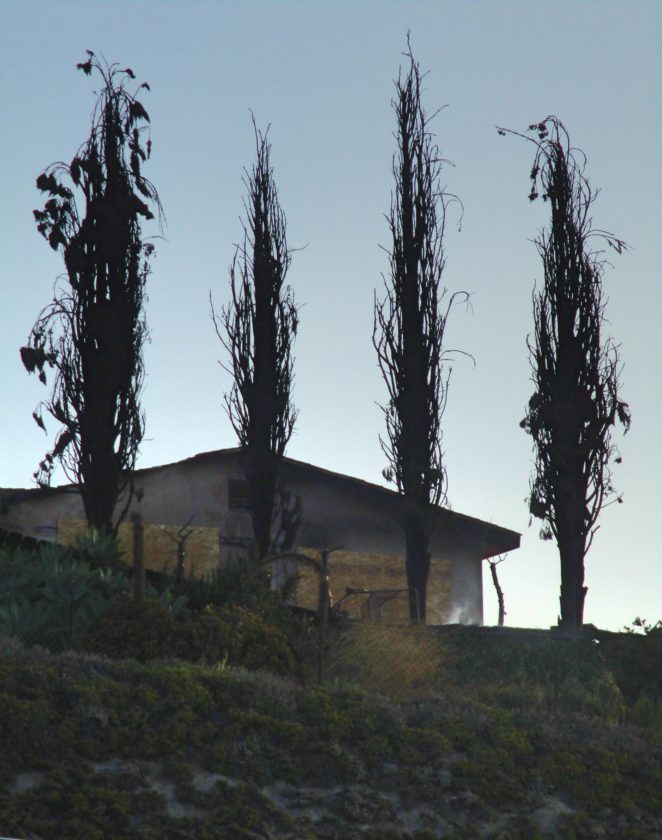