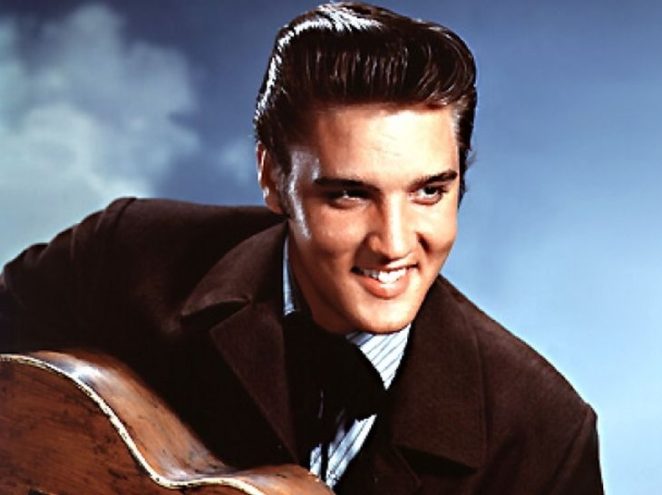 Aside from adoration, Elvis is often portrayed as a puffy fat man dressed in a crystals-overcoat, an image that is not far from his appearance in the last years of his life. The fact is, however, that he has changed popular music forever. “Before Elvis had nothing,” said John Lennon, Bruce Springsteen described his music as “a whispering dream in the audience’s ear.” On the occasion of the 30th anniversary of the death of the musician, the British newspaper Independent recalls 30 curious and little-known facts of his life.

– During his career, Elvis has sold over 1 billion albums – more than any musician in history.

– Elvis’s song was first broadcast on WHBQ on July 19, 1954. The single is called “That’s All Right” / “Blue Moon of Kentucky” and only 6,000 pre-orders are received just a week after broadcasting.

– Elvis has starred in 31 feature films and 2 documentaries. None of them has been nominated for Oscar.

Elvis has 14 nominations and 3 Grammy Awards.

Elvis’s first public appearance is at the Mississippi-Alabama Fair. Then he is 10 years old, but he appears in the competition for singers dressed in a cowboy suit and has to stand in a chair to get to the microphone. The performance of Red Foley’s “Old Shep” song won him second place in the race.

– During his musical career, Elvis recorded more than 600 songs, but none was written by him.

– In 1954, while recording his debut songs at the Sun Studio, Elvis auditioned for the Songfellows quartet, but did not approve of it.

– On July 30, 1954, Elvis performed one of his first concerts in a park in Memphis. During the show, he is very nervous and his feet start to tremble so hard that his trousers on his trousers gallop. The girls in the audience are ashamed and the musician decides to include these movements in their future concerts.

– Some of Elvis’s costumes weigh more than 13 pounds.

“Elvis is a descendant of Abraham Lincoln’s great-grandfather and a distant cousin of the former US president of the 1970s, Jimmy Carter.

“On 21 December 1970, Elvis met with President Nixon at the White House. He previously sent him a 6-page letter in which he wished to be appointed a “federal agent with unlimited authority” to the Bureau of Drugs and Dangerous Medicines. During the meeting, Presley described the Beatles as “enemies of America” for their love of drugs and their anti-Vietnamese political convictions. Nixon does not agree to meet Elvis’s request, but he handed him a badge with a “Special Agent.”

“When Elvis finds that his wife Priscilla has a connection with Mike Stone, a karate instructor and their family friend, she furiously says,” There’s too much pain in me … Mike Stone must die. “Later, already calmed down, says of his bodyguard Red West: Let’s leave it that way. Perhaps murder is too extreme. ”

“Elvis had a black belt in karate. He fired in the martial arts in 1958, until he turned off his military service in Germany. He got his black belt in 1960 before his return to the United States. His love for martial arts continues throughout his life.

“Outside the United States he has only exported five concerts – all of them in Canada in 1957. Shortly before his death he began to organize a European tour.

– In the early 1960s, Elvis adopted a chimp called Skether, whose former owner was a circus artist. The monkey is trained to watch under the skirts of women, and that’s great fun Elvis. He often collects his girlfriends at home and makes Skether perform his attractive number.

– Elvis is extremely greedy even before he gains weight in the last years of his life. At the beginning of his career, he said in an interview with Country Song Roundup that he could swallow eight huge sandwiches with cheese, two bacon, lettuce and tomatoes and three milk shakes.

– The members of the British band “Led Zeppelin” were great fans of Elvis and had a great desire to meet him. In 1973, this most unexpected happened at a hotel in Los Angeles. Led Zeppelin’s boys remained silent from surprise, but Elvis approached them and exchanged his $ 5,000 watch with that of bassist John Paul Jones, who had a picture of Mickey Mouse. From this point on, the band’s musicians had preserved seats on the first line of Elvis concerts.

– Presley has collected marble statues of Venus Milos and Joan of Arc.

– In 1973, Elvis donates boxer Muhammad Ali a 10,000-dollar white robe, embroidered with the words “The Champion of the People”. Ali is touched and wears the robe during his first match with his eternal rival Ken Norton. In the second round, Norton breaks Ali’s jaw and then defeats him. Mohammed vowed never to wear the white robe, but remains a close friend of Elvis.Elvis’s favorite toothpaste was Colgate, his favorite aftershave, Brut, and his favorite drink, Pepsi.”Elvis was a passionate collector of weapons.

– The last movie the musician watches at a movie theater is “The Spy Who Loved Me” from the James Bond series. The day before his death, he tries to arrange a copy of Star Wars: Episode IV – New Hope, to watch him with his daughter, but he does not succeed.

– The birth name of the musician is Elvis Aron Presley, but Elvis Aaron Presley writes on his tombstone. Shortly before his death, he decides to add one more “a” to his second name to make it biblical (the Aaron bible is the brother of the Jewish Prophet Moses).

– In 1982, the Graysland mansion began functioning as a museum. Annually it attracts 600,000 people and earns about $ 30 million.- In 2006, Elvis was shifted from the top spot in the Forbes chart for the best-earning dead. Kurt Cobain, the suicide singer of the Nirvana group, stood out at the top.- At the end of 2004, the Impresario Robert Silmerman bought 85% of Presley’s property, which included the rights to his name and management of Graceland’s mansion. The daughter of singer Lisa Marie holds the remaining 15%.