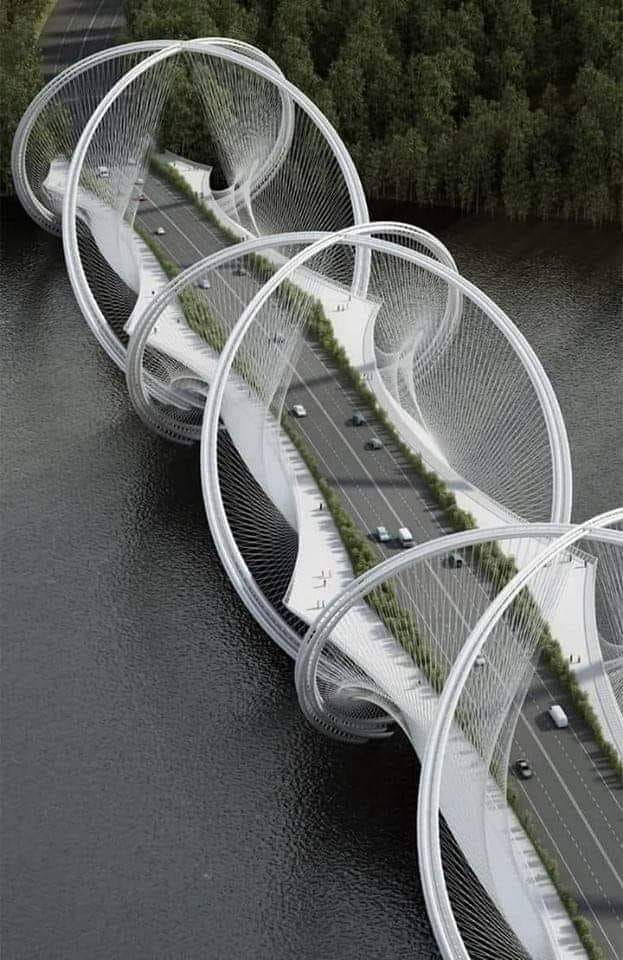 Bridge of the Olympic rings spiral

China Architectural company “Penda” projected the bridge  “San Shan” for the Winter Olympic Games which will be held in Beijing in 2022. The main structure of the bridge will consist of two intertwined helical structures resembling a series of rings and the Olympic Games logo. Bridge will overcome Gui river and connect central part of Beijing and Zhangjiakou district, where will be held a lot of competition in the open during the Winter Olympics.