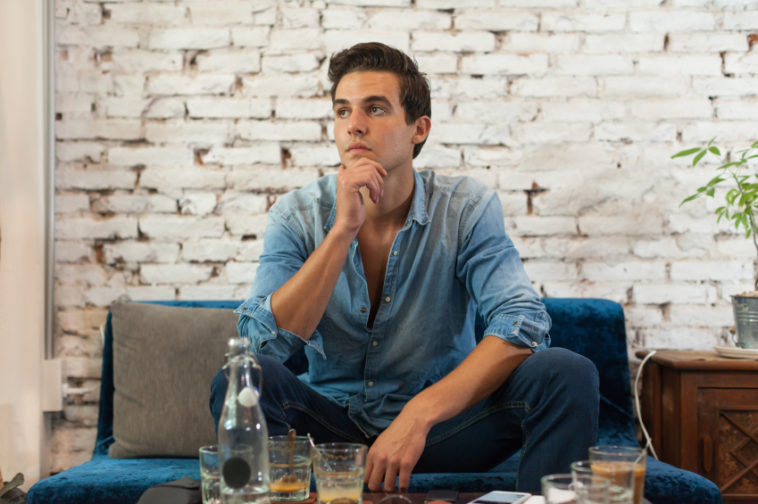 For twelve years, Andrew Barker had arrived at the office spot on 8:30 am and left at 4:30 pm.

Today, he was late, over fifteen minutes late.And no one noticed.

There were two dozen people who worked at the office. He could possibly give the first or last name of eight of them. He didn’t know them, he didn’t socialise.

For twelve years Andrew Barker would arrive at his desk, plug in his computer,  have it run a maintenance check,  while he unpacked his bag and set up his desk.

Today, he had arrived late, and now,  nearly 9:20 and he still hadn’t plugged in his computer.

He sat at his desk. Doing nothing.

The divorce document he had just been officially served sat on his desk.  He was not upset, alarmed, He had been quite shocked yesterday when he saw the copy his wife had left on the dining room table and realised that she and their child were gone. Gone without a word. There had been no arguments, discussions, mention.

Obviously she had decided on a divorce weeks ago, gone to a lawyer, paid for it, left a copy the Petition on the table as she went through the door.

And he, in his shock at the discordance, at this unexpected life quake, had sat on a chair and mused. Mused on his life.

And it was only now, sitting here, in the office he realised, he had no life.  He had duties and tasks, functions and interactions, but nothing was real to him.

He could be wearing one of those Virtual Reality glasses, or be an actor in a play.

Nothing meant anything to him.

He looked around.  His co-workers had gone back to their lives. This office, this work, was meaningless. What had he been doing here these dozen years?

His marriage was no more than a station from birth to death.

Nothing  touched him nothing really mattered.

The tea lady came, and he realised it was past 10:00 am. It was past 10 and he had not eaten since lunch yesterday. He was hungry. He was really hungry.

He drank his tea, took the divorce document, put it into his case, and carried it with him, going out to eat.

As he reached the restaurant he always ate at, he turned back. He walked a few blocks down and entered a place he’d never been. Took a seat, looked at a menu, and ordered something he had never ordered.

The food came, and although hungry, he took his time, tasting the food. He chewed, he swallowed, wondering if he liked what he was eating or not. He wasn’t sure.

That upset him more than the divorce.