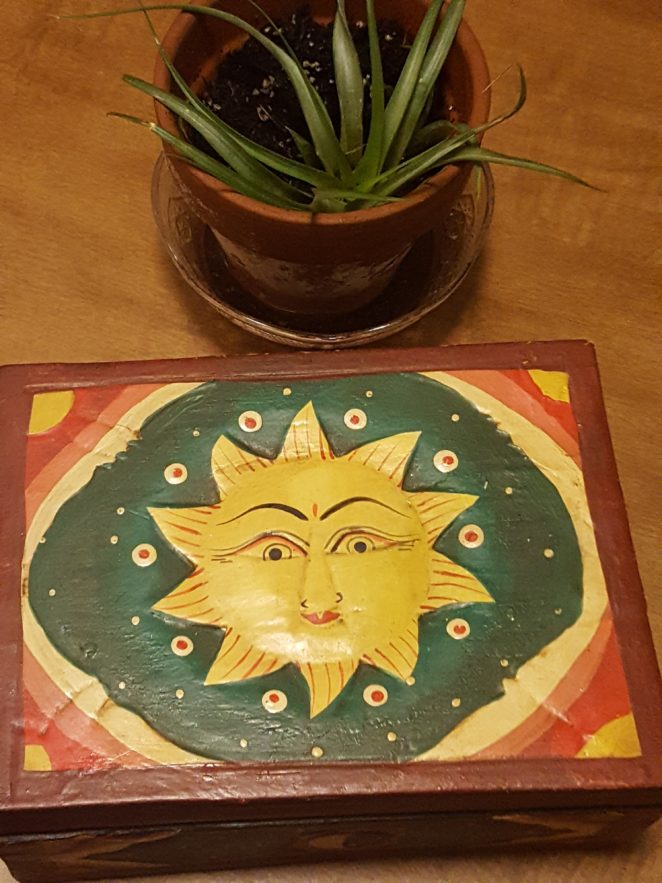 I had an interest in psychic phenomena going back to grade school when my brother Joe lent me some of Jeanne Dixon’s books. I had pretty much cleaned out the occult & psychic sections of the Sawyer Free Library in Gloucester by the end of my freshman year at Bishop Fenwick.

At Fenwick there were several girls in the class ahead of me who professed to be wiccan, two of them studied with Laurie Cabot, who was emerging as the most recognized Salem witch since 1692. In the fall of 1974 I began to spend a lot of time with Debbie, Jude, & Mary, 3 Salem girls who were seniors & had a wealth of knowledge about this stuff.

One day Jude had a headache. I put my right hand on her forehead, closed my eyes &  a minute later her headache was gone. I couldn’t explain it. Jude & Mary said I had healing powers & should cultivate that gift.