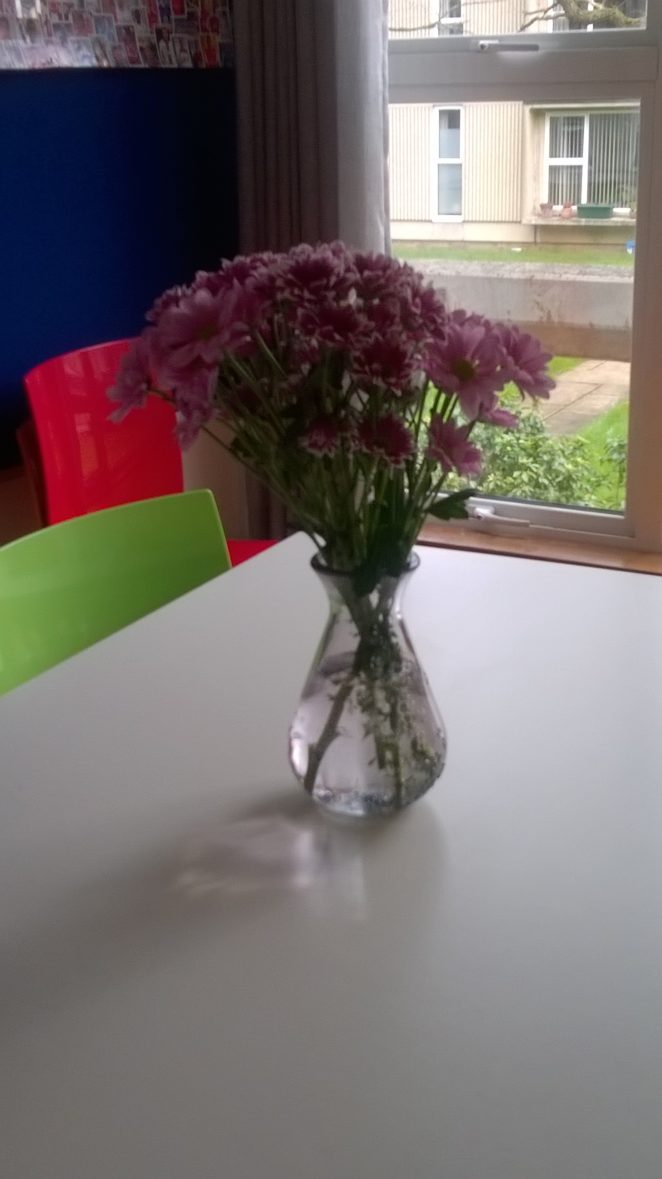 We all have demons. I don’t mean in the exciting-if-terrifying ‘Exorcist’ way, although if some of us do that’s interesting too. I mean those nasty little personal demons that often get given names like ‘anxiety’ or ‘peer pressure’. They’re rife throughout our lives, but maybe more so at university, when we’ve just left home for the first time and are meeting people from all walks of life. We’re used to being seen a particular way, or making particular comparisons of ourselves with others, and all of a sudden it’s thrown upside-down and we don’t fit life in the way that we thought we did any more.

I’ll admit that those demons got me, and it’s taken me the entire three years of my course to get to grips with them. I can see how university changed me, and it’s all for the better, but not in the ways that I thought it would. I spent two and a half of those three years trying to be someone different. Then I stopped doing that, and the person that I’ve become is very much like the person I was all the way back in sixth form, but stronger.

A lot of things happened during university that either changed me or reaffirmed what I was before, but the one that sticks out the most is undoubtedly the most ironic story that I have to tell.

Looking back, I think that I spent my first year being very wired, and very highly strung, and that’s probably due to my academic achievements up to that point and the sudden hit of Oxford. It’s like a weird drug that doesn’t have a happy high: it hypes you up to the point where you don’t know what to do with yourself when your degree ends, and have to do this weird gearshift back into the real world. I honestly think that without my internship this summer I would have crashed. The internship hasn’t stopped the emotional upset of this three-year journey being over, but it has brought me back into the nine-to-five instead of the twenty-four hour adrenaline rush.

I had no exams in my second year, so I came back to Oxford from the summer after first year and went into this odd state that I think had been brewing for a while. I have an overactive imagination, a general distrust of people, and the overwhelming compulsion to be nice all of the time. Put together, this cocktail created a state of paranoia that in retrospect was both bizarre and prophetic. Over the first term of my second year, I convinced myself that the friends who had chosen to live with me, and the others who hung out with us, were only humouring me and actually didn’t want me in the group. This combined with the academic pressure that I was heaping on myself drove me into one of the darker places that I’ve been in my life. After several instances of backing out at the last moment, I got myself an appointment with the university counselling service. It’s free, and confidential, and I had reached the conclusion that I wasn’t going to crawl out of my delusion on my own. There are two people in my head. There’s the sensible version of me, who knows that these delusions are nonsense; and there’s the much more powerful paranoid version, who wins out in these situations.

So off I went to the counselling service. The counsellor was very nice and understanding, and basically said everything that sensible me was saying, but somehow coming from a professional it was more convincing. I felt much better afterwards, and my delusion that my friends didn’t want me had to all intents and purposes gone.

Aside from an exceptionally shaky moment which resulted in the flowers in the attached photograph (and can only be done justice in a post of its own), things looked up from there on in. I did have a disagreement over Facebook with one girl in my friendship group over the summer between second and third year, but that boiled down to her being one of those toxic people I’ve warned you about and choosing one particular thing to suddenly get offended about and try to make me think the way that she wants people to. Spoiler alert: she failed.

I became more independent over that summer, securing a micro-internship (i.e. five-day placement) with a local museum and tourist attraction, and a role tour guiding around my college. Everyone else moved out of our flat, and some very pleasant young men from another college moved in and we got along well enough.

Third-year started with a bang. Not literally, thank goodness, but there were two simultaneous mega-hiccups in my life that winter. The first was a family matter which I may or may not go into more depth about at a later date. Just know that we’re still not talking to the family member in question, and I found myself at the epicenter of quite the eventful couple of weeks. The second mega-hiccup was that, virtually a year to the day from my paranoid little trip to the counselling service, I found out that my friends had thrown me (and a few others) out of the group. Now you see why I look back on my original delusion as prophetic.

I have to admit I’d become less and less fond of the girl I fell out with as time went on, but I also figured that we were twenty years old and able to be in the same room without killing each other. This girl also had been previously known to set up separate Facebook chat groups (lots of people in a group who can collectively message each other, for those less inclined towards Facebook) for different friendship groups to ensure that their lives were arranged through her. How odd that there was a new Facebook chat group from which people she didn’t like were excluded. It did explain why I hadn’t seen hide nor hair of any of those people in the weeks since term started. I’d thought that, as we all had our final exams at the end of the year, they were just being really studious, because they could get like that. Turns out that they were just socialising without some of us. I only found out by chance. In a sitcom-worthy moment, I emerged from a pub with a different group of postgraduate/Egyptology friends, and bumped into my apparently ex-friends emerging from the same pub. If someone wrote that into a script, it would be pure comic genius. I didn’t even register what this chance meeting might signify until my mother pointed out that something might be up.

That was a rough Christmas holiday. It was fortunate that over the previous term I’d started other hobbies and met other people, otherwise I’d have had pretty much just my best friend. It also meant that, many weeks later, after I’d managed to come to terms with the bullying, when I talked to one of the bullies and tried to find out what had gone off, I didn’t let him put the blame on me. He used rubbish from social media, and incidents with the nasty girls in the group (his girlfriend included) to make it all my fault. Fortunately the only people who have ever had that kind of problem with me was that group, and I have had many friends before and since who have behaved in a manner much more suited to adults at university.

I’m sure you can see the irony in that story. The moral of it is to not let people treat you badly, especially when there’s no reason to and they’re the only ones doing so. I learned that lesson the hard way, but going into my masters those demons aren’t coming back.