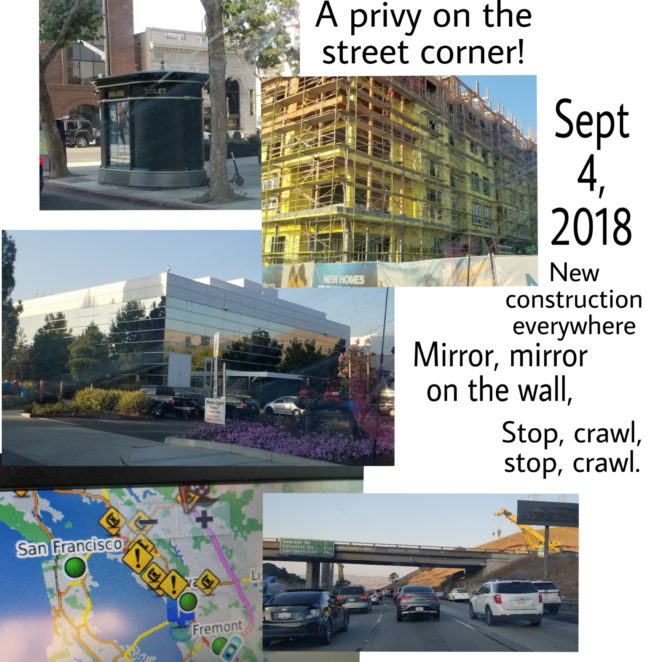 I was singing to myself “I have found the way to San Jose, now just let me…get away, far away…” when I slammed on the brakes.  Whoa!  It is a good thing the traffic light turned red right at that moment, because I got a chance to take a picture of this from the car:   A toilet right on the corner of the street.  Are any of you old enough to remember Jack Parr?  He was fired for saying WC on the air.  Why?  Because WC is an abbreviation for a term that people on the other side of the world use for “toilet” which was a word one just did not say on either side of the Atlantic.  Where I grew up, the euphemism was Privy.  One just did not say the word toilet.  Lenny Bruce would have had a field day with this one, except that he is alleged to have died on the toilet. So maybe not.  Anyway, if you look at the sign it doesn’t say “Restroom” which is what we usually put on the sign to refer to the room the toilet is in.  It says, “Toilet.”

I am sure that Jack Parr is rolling over in his grave.  I would be too, except that I am not dead yet.  I will be MIA for a while, though.  Going camping, what did you expect?  Please do not forget me.  I will let you know when I get back.