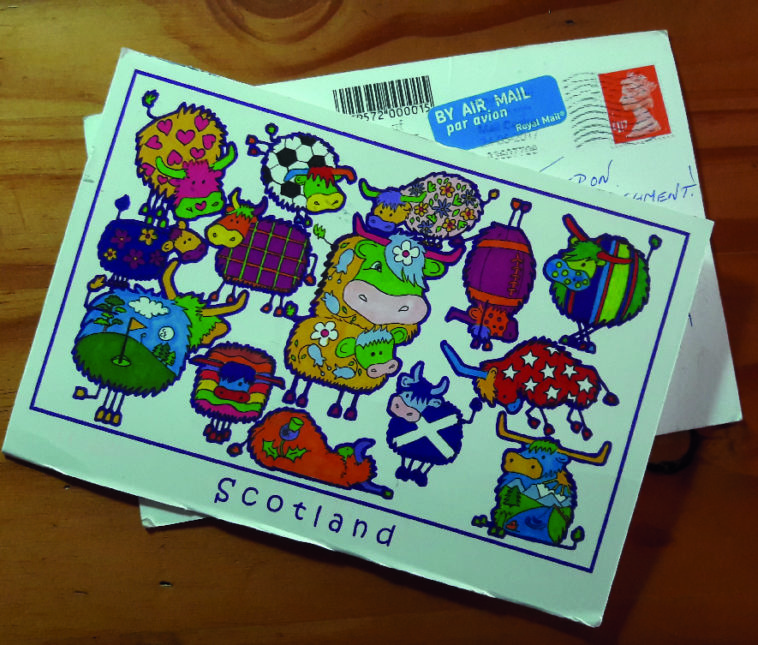 Not many young people post letters these days. Real letters or postcards – the snail mail stuff. Email, texting and voice messages have taken over.

This fact was underlined the other day when one of the big kids in our house needed to return a contract.  He was pondering out loud how to get it back to the company.

He looked at me blankly.

He shrugged his shoulders. “But where would I get those?”

Serious eye-roll from my side… I’ll give them to you.

So began the lesson on the complicated art of how to use an envelope. I’m sure they must still learn this stuff at school – but seeing as he’s now nearly 22 and has probably never posted a letter – I guess he’s forgotten if he ever learned in the first place.

He brings me the memory stick and I print the contract for him. Ooops… He signed in the wrong place. I print the second page again.

I pointed to the address – clearly marked on the contract.

“Which one do I use?”  There was both the physical address and the P O Box number.

Either, I replied. Pick one and write it.

“Like here?” He waved at the middleish bit of the envelope.

He wrote it all scrunched up on a couple of lines (it was an A4 envelope – plenty of space) and got the two addresses intermingled. I figured the poor postie could work it out.

“Where do I put the stamp on?”

I glared at him. Seriously? You’ve seen letters before – even if you have not posted one yourself.

The whole simple process took about half an hour, with him loudly sighing when he’d finished and exclaiming…