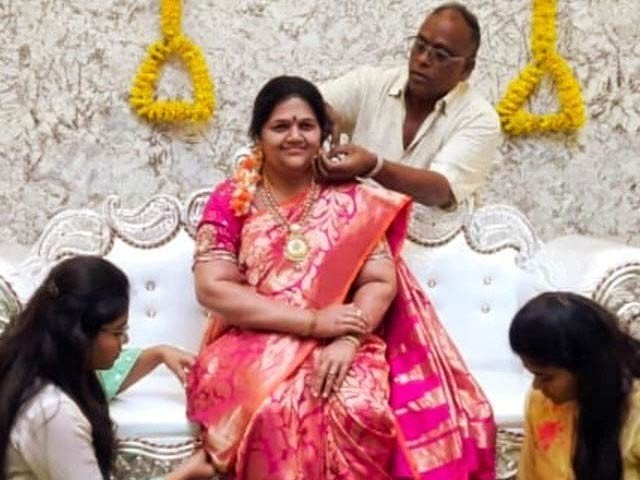 Recent photos of an Indian businessman’s house have shocked everyone. ۔ In his new home, he has created a very realistic silicone sculpture of his late beloved wife, which is housed in the main room. This is because he loves his wife very much.

Srinivas Gupta’s wife died in an accident three years ago. Srinivasan’s wife Madhavi always wanted to make her home but now there is a new home but she is not in this world. ۔ But Srinivasn, with the help of a local artist, sculpted his wife and placed her in a new house where he lives with his daughters.

Srinivasan said that he feels that his wife is in the house of his dreams today. ۔ Be clear that Bangalore-based artist Shri Dhar Murthy has created a life-size sculpture with a year’s hard work. ۔ Srinivas wanted a wax statue but the area is very hot and that is why it is made of silicone.

Now in Srinivasan’s pictures, his two daughters are also seen with a statue of their mother. People on social media have called it a unique story of love for his wife.