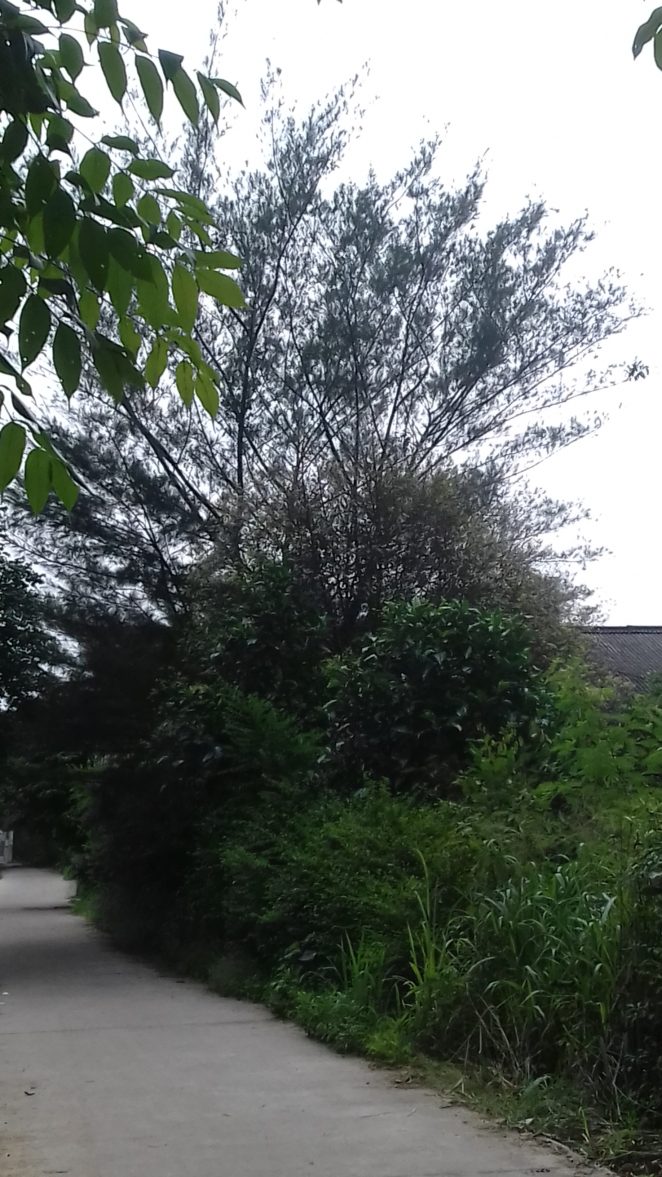 Jogging on Sunday morning is a fun activity. Compared to normal days, we can see more people exercising everywhere.

This morning, in the middle of my walk, approaching the area at the end of the residential area, I saw several houses left by the occupants. One thing that interests me there as a bonsai lover is seeing how pity a bonsai that once must have been beautiful, has now become a big tree that just along with a crowd of other trees.

If you pay attention to the pine tree in the picture above, you can see the tree that I mean. The tree is a tree that we call “shrimp pine” (Casuarina equisetifolia). Maybe it’s because of its large, short, and bumpy stems that it’s called shrimp spruce. Another name might be the Horsetail tree or Australian pine tree.

From the outside of the fence, I could see that the tree before was in-pot bonsai which, after being neglected, became tall after the pot broke and its roots forage in the ground.

Well, because the owner has left it, he now lives according to its authenticity and becomes a part of natural greenery.