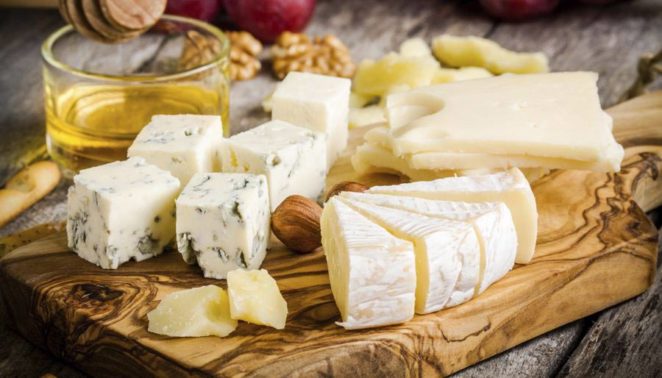 Every year there is a cheese festival that takes place in the North-Eastern town called Bra. The organizers decided to do a research about the origin of the word’s best cheeses and reveal where exactly do the best ones come from. I’ll share with you the origin of the most delicious ones about which taste I have too little to add. You will, surely, recognize them all.

Halumi is the name of the cheese which is a key part of every single meal in Cyprus. It is a type of cheese with simple texture and thousands of years of tradition. It has an original, almost neutral smell and a sour-milky taste. Since 1999 Halumi it’s an official national product is served fried or baked and covered with aromatic crumbs.

Feta is a type of white cheese which original recipe comes from Macedonia, even though nowadays countries like Denmark and Greece claim to have been the first ones producing it. The original Feta cheese is made of sheep’s milk, even though it could be made of cow and goat milk as well. The first piece of Feta white cheese ever to be sold was back in 1915. It is quite salty and it is the main ingredient in a lot of typical Macedonian dishes.

Cornwall Counties is famous for the Nettle cheese with sharp taste.It is a semi-solid moldy-type cheese. It is made of cow milk according to the traditional technology, which is covered with nettle leafs later and kept in a dry place for several months before it is best for a consumption.

The Swiss cheese is recognizable for the big wholes. Its typical milky taste is considered to be among the highly-valued among the gourmands around the world.

The Italian cheese Mascarpone was produced for the first time in the XVI century in Lombardy. It is made out of the fattiest types of milk therefore is considered to be among the most caloric ones. It has a creamy texture and it is used not only for salty meals but for preparing deserts as well, covered with sugar.

Which one is your favourite so far?