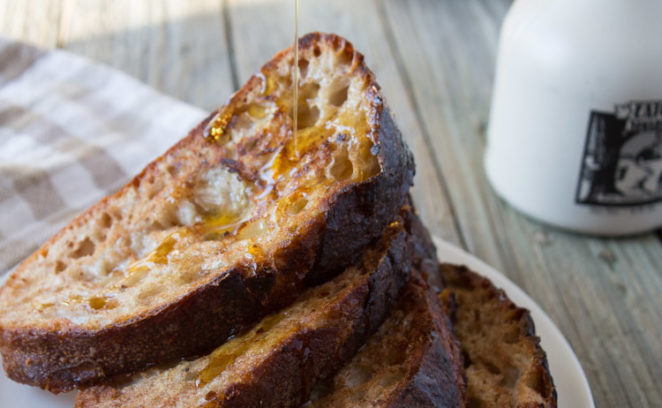 I found two vegan french toasts recipes on youtube, although I am sure there are more videos.

Wow, this looks really good and crispy. It is hard to believe it is vegan!

I found another Vegan French Toast video, but it wouldn’t post in the same way here. So, I placed the URL link under the highlighted words. This second french toast video is easier as well as it uses different ingredients. Place banana, almond milk, vanilla, and cinnamon into a blender, and blend these ingredients. Pour batter into a bowl. Dunk bread loaf, making sure to cover both sides. And place each one on an oiled skillet or oiled pan for 3 to 4 minutes on both sides. Then, she makes coconut whipped cream. Place whipped cream over the loaf, top with fresh berries and maple syrup.  This recipe looks easier than the first one.