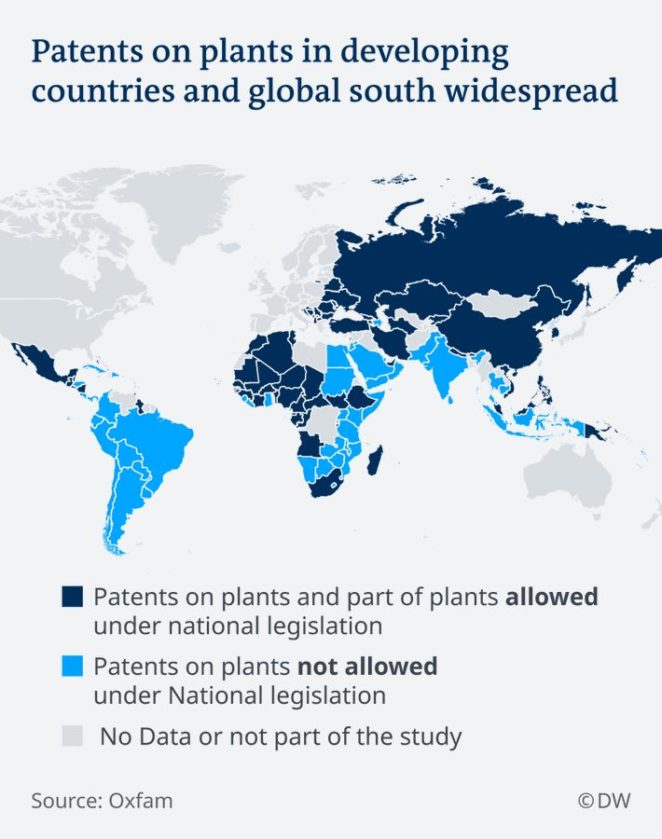 The number of property claims on plants by companies is rising across the global. This can have dramatic consequences for farmers and global food security.https://t.co/5QVcHCok9i pic.twitter.com/B95O2zXwjF

They own all of these seeds because they have placed patents on them.  That means that farmers cannot plant those seeds unless they buy those seeds from these companies.  If farmers plant their seeds without permission or without buying the seeds, then these farmers will be sued heavily by these companies for patent infringement.

Bayer bought Monsanto so that they could become a major player in the seed market.  If these companies one day decide to hoard all of these seeds instead of planting them, then this decision could cause a worldwide famine.  This scenario is highly possible since Bayer will be looking to recoup funds due to all of the loss they have accrued since they bought Monsanto.