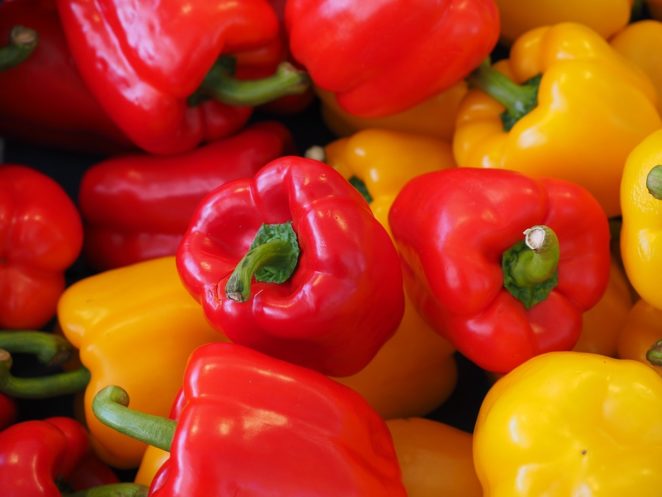 Whether you are a gardener that has the good fortune of having an abundance of peppers, or someone who happens across an excellent buy at the store, the peppers need to be stored if you get a lot of them. There are several ways to do it, such as canning or freezing, but a space-saving method is to dry the peppers. Once they are dried and as long as they are kept that way, the peppers last a very long time.

Air drying is being specified here for excellent reasons. Many people use their ovens or food dehydrators to do it and that isn’t a bad thing. However, they are settling for a product that isn’t the best it can be.

Put as simply as possible, whether in an oven or a food dehydrator, the drying is done by using heat. Heat destroys the volatile oils that give the peppers their flavor and aroma. This is true of both sweet and hot peppers, though it tends to be most noticeable with hot peppers because they lose a bit of their piquancy or bite.

It doesn’t take much heat to start destroying the volatile oils, either. At temperatures above 80 F/26.7 C, the oils begin to evaporate quickly. The higher the temperature, the faster the peppers lose their flavor and aroma. Both food dehydrators and slow ovens generally heat much more than 80 F.  and ovens are worse than dehydrators. In fact, even air drying may get above this temperature on a hot day. However, air drying still retains more of the oils than either of the other two ways of drying the peppers.

Drying peppers with the use of heat also tends to discolor the peppers. This isn’t related to the flavor, but air drying retains more of the color of the peppers. This adds visual appeal when the peppers are reconstituted and used. Heat dried peppers often turn yellow instead of staying green or red (depending on the kind of pepper.)

The disadvantage of air drying

There is a disadvantage to air drying, however. Since heat isn’t used to drive the moisture (and volatile oils) out of the peppers, it takes longer to dry the peppers than it would in an oven or food dehydrator. Instead of drying within hours, air dried peppers can take days to over a week, depending on the size of the peppers or pepper pieces, the temperature of the air, and the amount of humidity of the air.

Ideally, start with a dark, dry room in the house, where the peppers can dry without being bumped or jostled. The reason ‘dark’ is mentioned is that sunlight can also destroy flavor and aroma, due to temperature variance. This is exactly the reason that it feels cooler in the shade than it does in full sunlight.

As a side note, there is a craze in many places to use “sun dried tomatoes”. Just as peppers taste and smell better if they are dried out of the sunlight, tomatoes do too, despite the fad.

Screen drying is very much like it sounds. A fine screen is supported high enough off of other surfaces to allow for air circulation all the way around the peppers, as they dry. Screen door mesh screen is ideal, whether it is actually on a frame or not, as long as the air can flow freely under as well as over the screen.

Food dehydrator racks can even be used, as long as they are propped up to allow for air circulation.

Simply place the peppers in a single layer, spaced so they aren’t quite touching, and allow them to dry until brittle. There is no need to turn them since the air is getting under them.

This method is the best for small peppers or diced peppers.

With this method, the peppers are tied to string or twine that is stretched across the room, allowing air to get to the pepper from all sides.

Since the peppers hang from the string, this method is favorable for drying whole peppers or pepper rings. It also allows far more peppers to dry in much less space. In the case of the former, the whole pepper is hung from the stem using a double loop. In the case of the latter, the string can be passed through the center of peppers that have been cut into rings. This is a superb way to dry bell peppers and wax peppers, but it also works well with larger hot peppers like jalapenos, Anaheims, and Poblanos.

In both cases, the peppers are done when they are brittle.

Once dried, the peppers can be stored in jars with tight fitting lids. We’ve had air-dried peppers that have lasted for longer than a year and which were still quite tasty and safe once they were finally used. It is also simple to turn the dried peppers into ‘pepper flakes’ for seasoning purposes, by just crushing them to the desired consistency. Since they are air dried, they are still full of flavor.

Have you ever wondered how the pioneers of the ‘olden times’ dried their food for storage? Now you know. My grandmother was drying peppers and the like in this way during the early 1900’s before there was electricity for fancy things like ovens and food dehydrators.