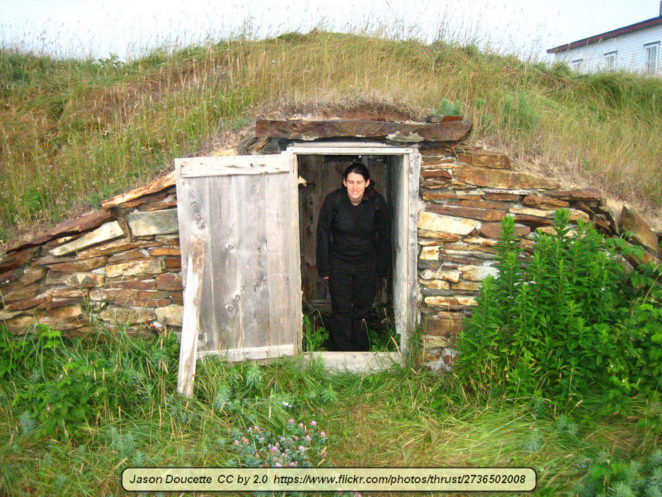 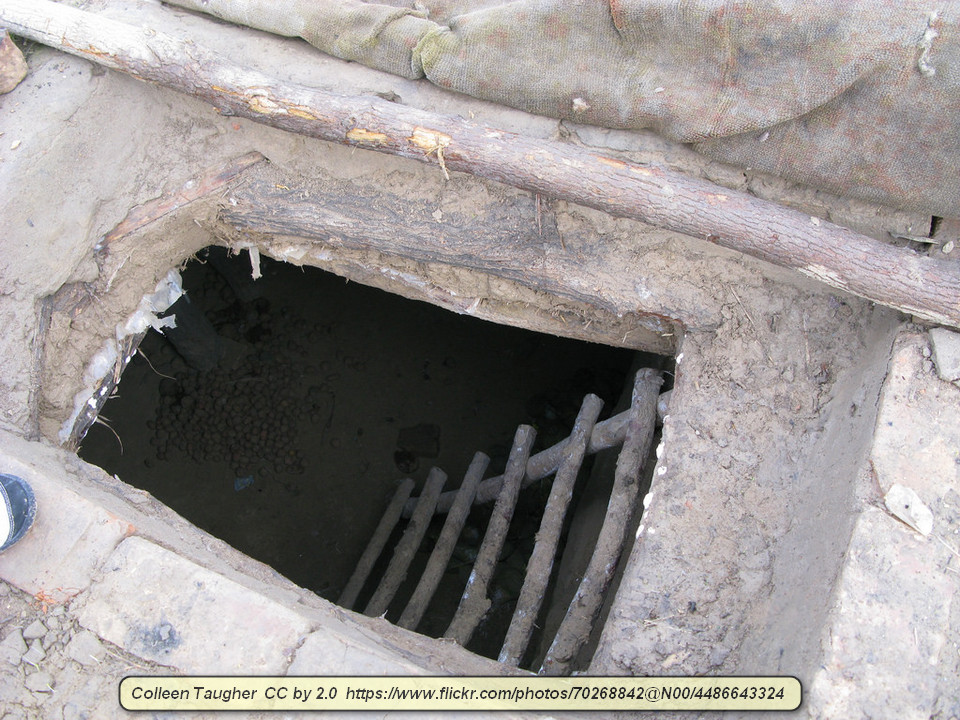 It is hard for many people in the US and elsewhere to realize that home refrigerators have only been around in a practical sense from the 1920’s when freon was first produced. Even then, refrigerators were so expensive that only the wealthy could afford them. By the 1940’s and the time of World War II, most people in the US still didn’t have refrigerators in the home. It can make a person wonder how people kept food from spoiling before refrigerators became common. One of the methods they used is still used today, believe it or not.

Mind you, storage wasn’t much of an issue during the winter. Snow and cold air do a great job of keeping food cold enough that bacteria don’t grow rapidly. In fact, the bigger issue with using snow and cold temperatures to help with food storage was that food could be frozen so solid that it was difficult to use. Home-canned food using jars also stood the risk of freezing, causing the jars to shatter due to the expansion of ice inside the jar. The method of food storage we are talking about here also helped to prevent food from getting too cold.

It is nearly impossible to determine who the first people were to figure it out, but one thing that has been known for many centuries is that most underground caves tend to be cool in the summer and warm in the winter. 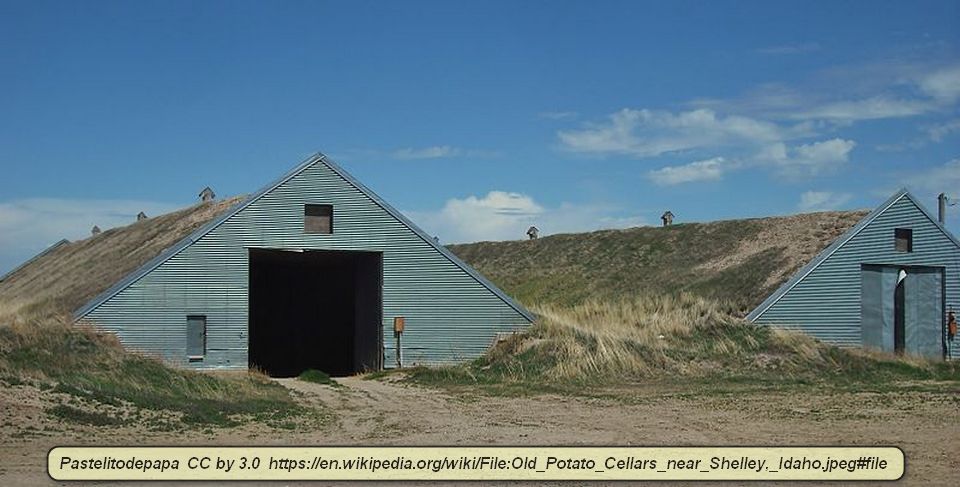 Somewhere along the line, someone realized that the reason that the air temperature remained relatively constant was because of the thermal properties of dirt. Heat always flows toward cold. Even before Isaac Newton came up with this as the second law of thermodynamics, people realized that if a hole was dug and subsequently covered, the air at the bottom of the hole would be cooler than the air above the hole, at least in the summertime.

Using this knowledge, the first root cellar was dug. At first, these were primarily to keep root crops, as the name implies. They could be kept cool, yet could be prevented from freezing. This meant that the roots could be kept usable far longer than if the root cellar wasn’t used.

Some root cellars were elaborate, while others were simple, but the principle was the same. If the ground could be excavated several feet deep or more, then a low structure could be built over the top of the ‘hole’, the air temperature could be maintained at a steady temperature that was just a few degrees above freezing. To make it more efficient, in many cases sod was placed over the top of the structure. Many commercial potato cellars use this idea even today. No refrigeration was or is needed because the heat flows away from the interior of the cellar and into the surrounding dirt. 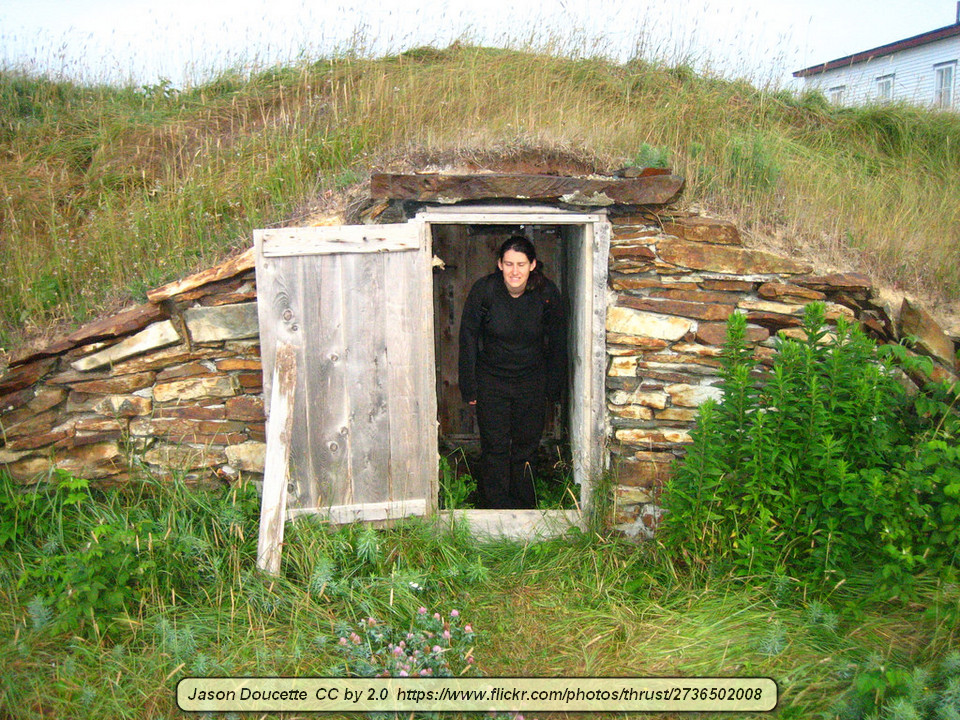 Digging and using a root cellar, despite the effort involved, allowed people to store food for much longer periods without spoilage. How elaborate the root cellar is made is entirely up to the person making it. For instance, it might have shelves or it might not. The inside might be lined with lumber or it might not. It might be equipped with lighting sources or it might not. Regardless, many people still build them or use them because they work as well as ever.

As a single example, my grandfather was a deer hunter and the deer was a primary meat source for his family of 10. Being a Cherokee, his rights allowed him to hunt deer all year long, so it was rare for him not to have a deer hanging, so it could age for a minimum of a week.

The problem was that in the summertime, the air temperature could easily be hot enough to cause the meat to spoil before it was adequately aged. He had the advantage of having constructed a number of root cellars at various places he’d lived in, though. 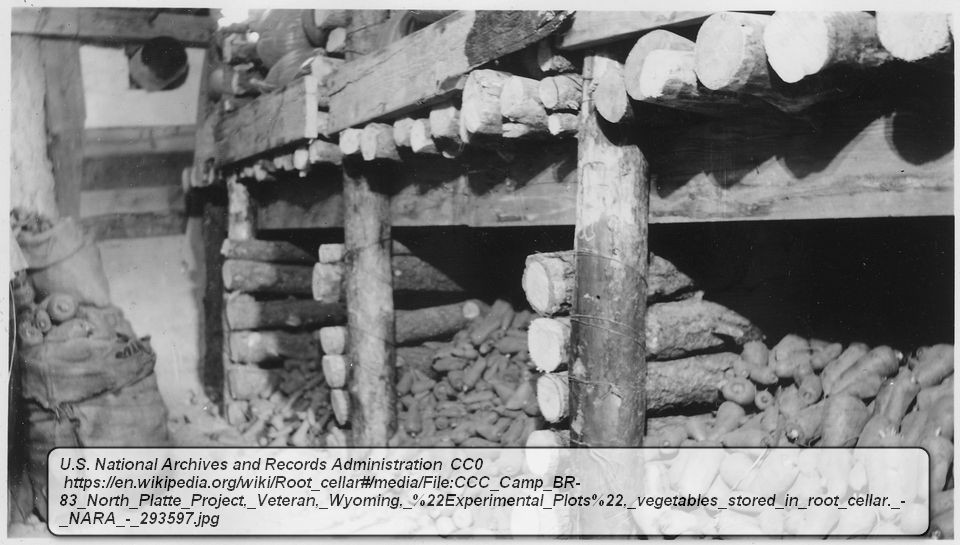 His solution was to dig a hole that was slightly deeper than six feet, several feet across, below a sturdy tree branch. A deer could then be hung from the branch above the hole. During the day, the deer was lowered into the hole and tied off on a plank that was laid over the hole, which was then covered to keep the air temperature in the hole constant. During the nighttime, the deer was hoisted back up into the tree so it could benefit from the flowing air.

The daytime storage utilized the idea of a root cellar, though it was about as basic as it could be. The important thing is that it worked exceptionally well. This is an old-time method of storing food that can still work today, without the use of electricity or refrigeration.

In fact, many people have experienced how well it works. If you’ve ever lived in a house that had an unheated basement, you’ve no doubt noticed how cool the basement is all year long. The reason is the same for the construction and use of a root cellar. In fact, an unheated basement can become a great root cellar with much less initial effort.