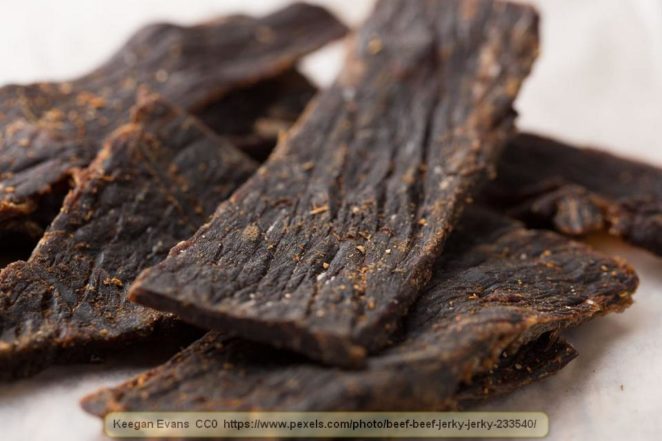 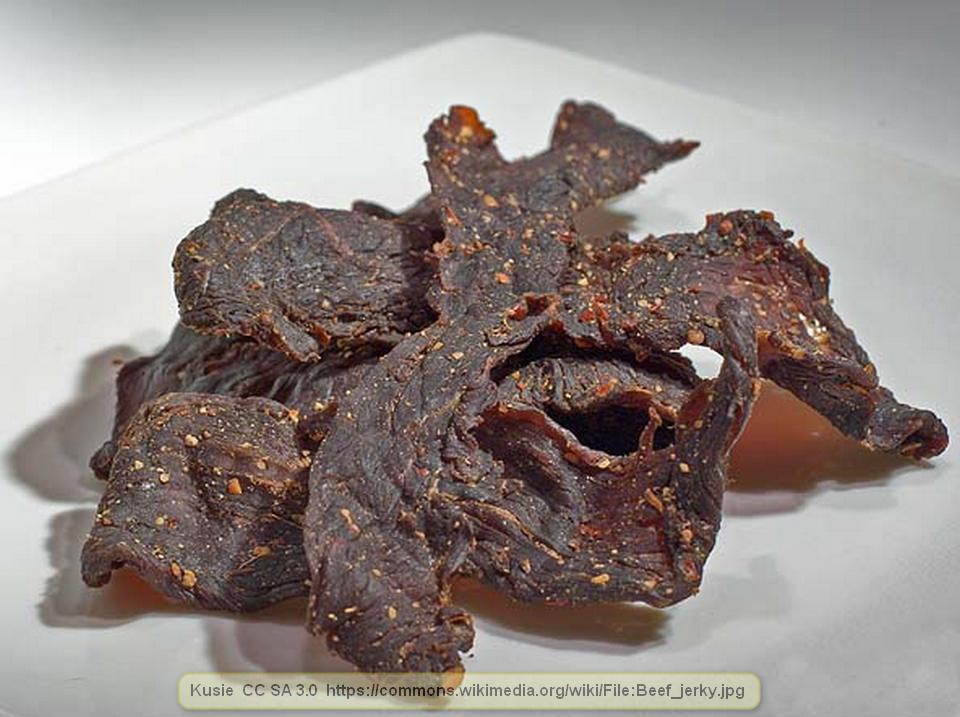 This wonderful jerky is suitable for nearly all red meat; beef, elk, venison, bison, and so forth, with little alteration of the recipe. It makes such a hit that it is hard to make enough of it. Thankfully it is pretty easy to make.

Start with 3 pounds of lean meat, trimmed. This can be either steak or roast, but there should be a minimum of fat. Slice the meat thinly, against the grain of the meat, so that you end up with strips that are no more than 1/4 inch thick and between 1 and 2 inches wide.

Place the meat in a bowl, and over the top, pour a can of pop. Flavored pop is fine, but cola is good too. Allow the meat to sit for between 1 and 4 hours, stirring occasionally. The longer it sits, the better. The carbonic acid in the pop acts as a tenderizer while sweetening the meat.

After marinating, pour 2 cups of water in a pan. To this, add:

Heat to just below a full rolling boil. A few at a time, place the meat strips in the boiling jerky solution, allowing them to cook until the meat is gray-brown, about a minute per batch. The hot water allows the flavors to sink deep into the meat. Kitchen tongs are handy for removing the hot meat.

Place the strips directly on an oven rack. Bake in a slow oven, 150-200 degrees F, for about an hour. To test the jerky to see if it is done, remove a piece, pat with a towel to remove any grease and allow to cool for a few minutes.

The jerky should be dry to the touch and just barely limber but should break apart easily. 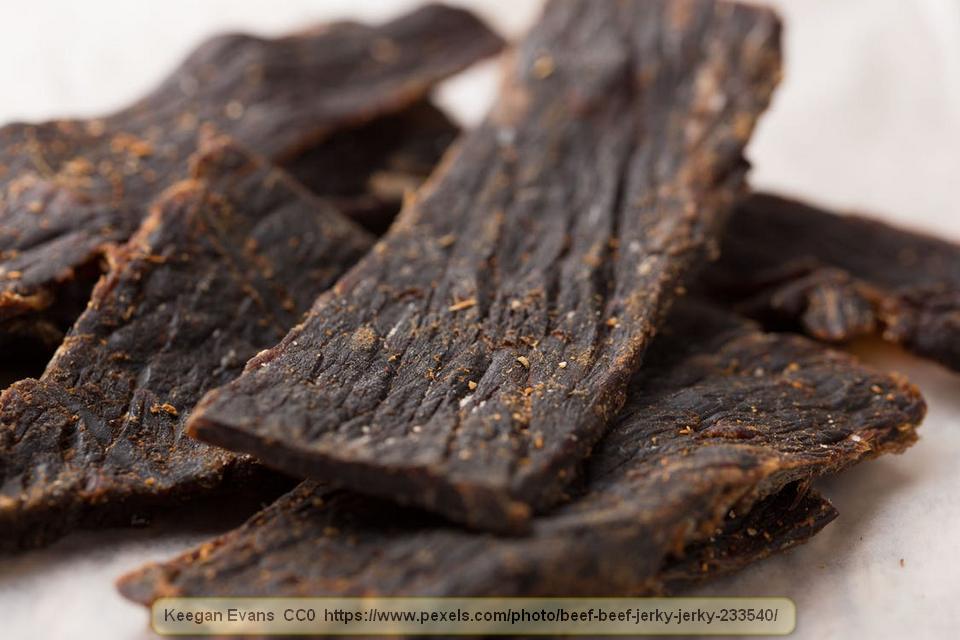 If you like peppery jerky, sprinkle with ground black pepper just prior to drying.

If you like sweet jerky, increase the amount of teriyaki sauce and honey in the bath.

If you like salty jerky, increase the amount of salt in the bath.

Store in zip lock bags in the refrigerator. Properly prepared, this jerky should last for about 3 months, though it is doubtful that you’ll be able to keep hands out of it, so it will likely disappear long before then.

Not only is this a good-flavored jerky, it is a good and healthy snack and a great addition to a backpacker’s foodstuffs. Enjoy it as something to munch on during long car trips, or for that pick me up when you really don’t want to fill your belly, just to sate your appetite.

This jerky is definitely a winner, and there are few people who won’t like it, if they like jerky. Fantastic for taking along when hiking in the outdoors, it is well worth the time and effort to make.