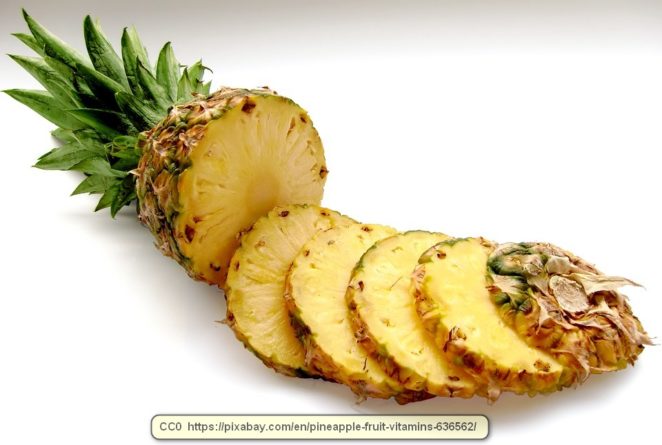 Pineapples are popular fruits that are grown in many tropical and subtropical areas throughout the world. Despite this, there are a lot of interesting facts about pineapples that many people may not know. This is only a few of them.

Botanists have traced the origin of pineapples to South America. Specifically, pineapples came from Brazil, in the Amazon Basin. The Aztecs were growing and eating pineapples long before North, Central, or South America were “discovered”.

Christopher Columbus was among the first people from the old world to taste the fruit and it is held that he brought it back to Europe with him. By that time, the plants were being grown in Mexico and in the Caribbean.

Where the name came from

In the late 1300s, the English referred to the seed-bearing organs of trees of the Pinus genus as pineapples. The genus of Pinus is the one that includes the pine trees and what was called a pineapple back then is now called a pine cone. The name, pine cone, didn’t come into use until almost 1700. The Ananas comosus fruit got their name because the Europeans thought that they looked like pine cones.

In a lot of the world, the fruit is known by the genus name, Ananas. The name means, “excellent fruit’, in the tongue of native Brazilian Indians.

There are now many cultivars or kinds of pineapples and some of them are even purely ornamental.

A man named James Dole was fond of pineapples and began large plantations in Hawaii to grow the plants. He also championed the fruit, helping to make it popular. Hawaii was the leading producer of pineapples, worldwide, for some time.  Right now and not counting Hawaii, Costa Rica leads the world in production, followed by Brazil, Philippines, Thailand, and Indonesia, in that order. Many of the plantations in those countries are owned by Dole Food Company, Inc.

One of the most common methods of propagating pineapples is to chop off the tops of the fruits and to plant the tops. It takes 12-18 months for the planted tops to bush out and produce flowers, and about another six months for the flowers to produce ripe fruit. The video above shows an easy, almost foolproof way to propagate pineapples.

Nearly all the pineapples in the new world are pollinated by hummingbirds. Some are also pollinated by bats. Honey bees don’t play a significant role in pineapple pollination.

Pineapples are berries. The individual berries fuse together to make up the pineapple fruit. There can be as many as 300 berries that are fused together in one pineapple.

Once a pineapple fruit is harvested, it stops ripening, unlike most other fruit. Thus, it never gets riper or sweeter after the fruit is taken from the plant. To tell if a pineapple is ripe, though, smell it. It should have a full, sweet, pineapple scent.

The pineapple fruit contains bromelain, a substance that may help relieve joint pain, such as that suffered in arthritis. Bromelain eases swelling and joint pain. Cooking destroys bromelain, so the fruit needs to be ripe and uncooked before eating it, to get the benefit of this substance. That also means that most store-bought pineapple juice has very little bromelain. Heating is normally used when commercially canning pineapple juice.

Pineapple is also high in vitamin C. One cup of pineapple contains between about 33% to 130% of the daily requirement for this vitamin. Additionally, pineapples are extremely high in insoluble fiber, which make them excellent for diabetics, particularly when they are fresh.

Interestingly, bromelain is also useful for tenderizing meat. However, the bromelain in fresh pineapple will prevent gelatin from setting. The reason that canned pineapple can be used in gelatin is that the pineapple is heated when it is canned and heating destroys the bromelain.

Pineapples in Hawaii and Philippines

However, it was the Spanish who were responsible for taking pineapples to both Hawaii and the Philippines. Both are major growers now and many pineapples are consumed fresh in both places.

Pineapples are interesting fruits and they are quite tasty. Do you like pineapples or pineapple juice?