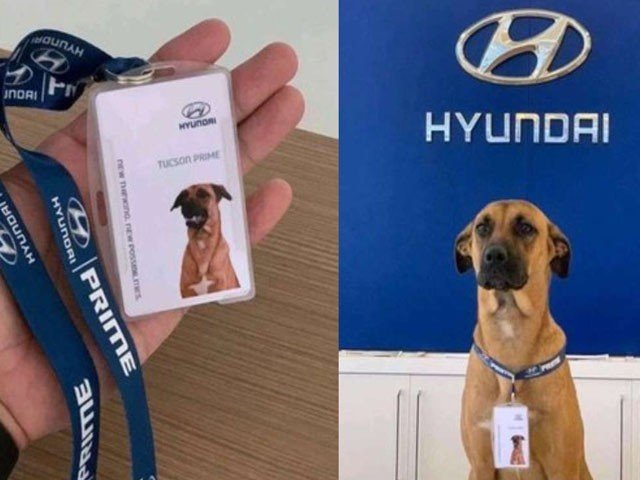 In Brazil, a dog has been hired as a salesman in a car showroom, the dog has been trained in this regard and a regular employee card has been made which hangs around the dog’s neck. The dog confidently greets customers and attends important meetings.

The dog is named Taxon Prime and can be seen welcoming customers to Hyundai showrooms. Earlier, the dog was given an honorary job but was promoted based on the dog’s performance.

Hyundai Brazil also shared photos of the dog in an Instagram post. This is not the first time a stray animal has been employed in Brazil. Last year, a cat took refuge in a company in a severe storm and rain, and then the same company hired the same cat as employee.