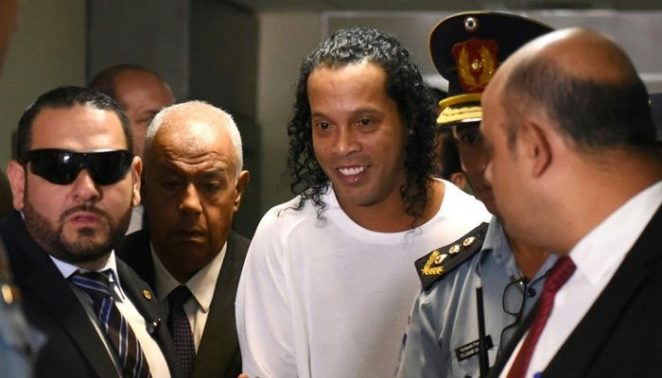 Former Brazilian footballer Ronaldo has been arrested in Paraguay, South America. Police official said , Ronaldo and his brother have been detained on charges of using a fake passport  and showing false documents for entry into the country on which he was arrested.

Last year, Ronaldo’s Brazilian and Spanish passports were confiscated for not paying taxes and paying fines. Earlier in 2015, Ronaldo and his brother were found illegally catching fish at the location of the Giuba, which the court fined the two brothers at $ 85 million.