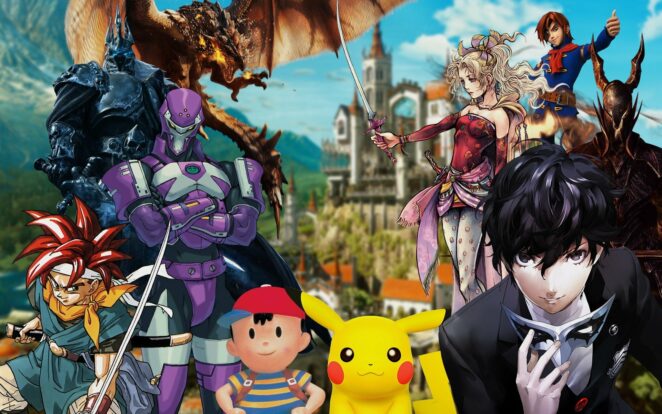 The game got the lovely Lara Croft, played by Angelina Jolie in the real movie.  The movie was good, but it was not the case with the game.  Another one of those adventure games which is actually irrelevant due to the presence of the better graphics games like POP: Sands Of Time, Soul Reaver 2 and Shade.

What this game got is a girl and most probably a less detailed world and some monkeys along with even less interesting traps than The Mummy and Indiana Jones.  When I heard about this game, I had high expectations, but everything just went down in a second, poor me.

Why wasn’t anybody there to save me from this game?  After playing the Spiderman game and completing it, I was at a great mood when I got this game, only to lose my mood completely.  This one just got not much of a graphics as Batman looks worse than he did in comics with a trapezium shaped head and irregular body shape.

He really got some really complicated moves to make us think about which makes us stay for sometime, but what makes them think that some one will play a game which is too baffling and has too many cones, especially in the camera department to stay inside the game.  Poor Batman!  What crime did he do to get such a stupidic game under his name!

This is one of those early DOS games released, but still got a good enough graphics, even better than the first versions of Doom and Duke.  But the problem is that it just got nothing good enough to play.  It got Undertaker, Hitman, Shawn Michaels etc, but the way in which the game is played is quite disturbing.  We can have two similiar characters in the ring at the same time and the two player mode is even worse.

It just got two championships and a team Royal Rumble which is really something like a tag team match only.  The way in which the Undertaker is running in the game seems like some comedian trying to make some one laugh.  Even the moves of the players are limited even with some acrobatic moves from smaller characters.

OK,  I agree to the fact that these people have got a good enough theme running with the introduction of this game.  It says about an angel whom you are in control and can get into any one’s body and control him.   But the game got the maximum flaws.  Just look at the surroundings.

The game’s graphics and sound gets interesting at no area and the way in which the angel is to get into creepy things like rats and go is a hard thing to do.  When we are inside the rat, we got the worst area to travel.  The game’s environments needed to be more appealing so as to attract the gamers, especially as there is still high level competition among the different games.

The only advantage ths game has is that it got the two player mode that Cricket 2002 and 2004 fails to have.  It doesn’t have the graphics and we don’t need timing to get runs.  What we need is just to play a shot and keep running.  By striking the arrow keys repeatedly, the batsmen will run faster.

The commentry is the worst and saving the game during overs is nt possible.  The shots available are very low and the way in which they plays it makes me sick.  Even Cricket 97 and Brian Lara Cricket 99 produced better results.

5) ALONE IN THE DARK

This game did start with some good introduction.  But what followed was nonsense.  We are in the middle of the room with some toy like polygonal creatures slowly moving towards us and our character just moves a step forward and the creature fell down – now I understand, it was not walking, it was kicking the creature.

When we hit the creature with the hand, it seems to be dancing.  I would prefer to be standing alone in the dark for as many time as possible instead of playing this game.  Don’t faint after seeing the graphics and those’ding dong’ effects of the game.

This game may have tried to follow the Starwars style of environment along with Command & Conquer style graphics and a game play similiar to Age Of Wonders.  This game just got a storyline which makes you sleep and a dull action which keeps you getting more and more bored before you throw the game away.

Don’t even present this game to your enemies considering the fact that enemity needs to have a limit.  It failed to live upto the expectations of all gamers.  All that it got is a good stylish cover resembling the Starwars and some space fighting games.  Atleast they should have kept the standard of the name of the game -‘Alpha century’ – a stylish name it is!

The worst cricket game you will see anywhere in the world!  Look at te player names – Saurab Banguli, Sashin Chendulkar, Ramulr David!  I wonder where they get this much information!  When we bat, we can see our stumps rearranged by the balls which may not even go near the stumps.

They may also fly after the balls have already gone past!  Bowling will not be what you will want to do as it may suffer the same fate.  Fielders can take the catches, but it will be better if they say how the batsman got out because it is quite hard to know that.

This one is just a poor adaptation of the great Age Of Empires in the Chinese style.  They made some ridiculous changes to the game which makes it look even more ridiculous especially as we get into and out of some forts.

They speak in Chinese which makes the game very difficult to understand thus reducing our interest in playing this one.  Why should we play for achieving a motive if we don’t know how or why we are going to achieve that.  The game tries to bring even some more complication to the game which is just ridiculous!

I still can’t understand why these people are trying to make some games without any thinking.  This game has got some WCW superstars including Hulk Hogan and Hitman with a Royal Rumble in which we cannot get the opponents out of the ring, but they can throw us out!  We can’t play side to side with our friends, but we can play against them.  I wonder why can’t they make the two player option complete.

The graphics look ridiculous, worse than Smackdown game!  I wonder how this is a Windows game.  The moves of wrestlers are just repeated again and again in it.  The style of wrestling is just missing from the game.