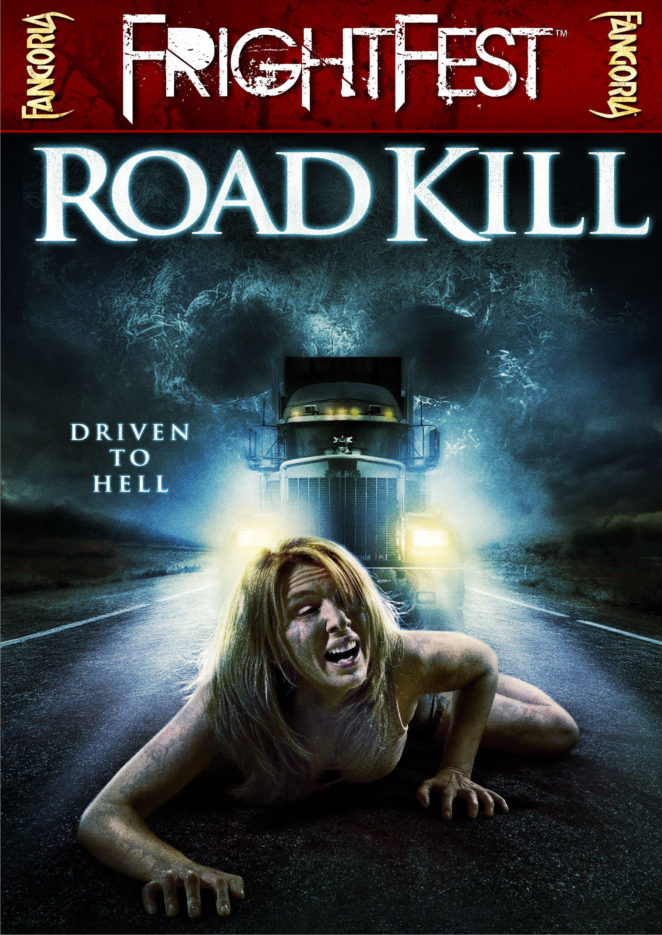 This time I am writing about the crazy 2009 thriller called Road Kill.

The movie was written by Clive Hopkins and directed by Dean Francis.  The movie is rated R for it’s violence, gore, language, and sexuality. Most reviews I have read on the film give it a bad critique.  Although everyone is entitled to their own opinion, I actually am not part of the majority in this case.  Perhaps Road Kill is not the best film ever made, but I thought it was fairly good.

The film takes place in the outback of Australia where for teenagers are tortured by a driver-less road train (aka semi truck).  While on a camping trip the teenagers, Marcus, Craig, Liz, and Nina are run off the road by the road train, where they survive but their car is left completely wrecked.  They notice that the RT is pulled over on the side of the road they go looking for help, only to notice the driver is nowhere to be found.  Shortly after they see the driver running towards them shooting a gun, so they jump in and take off,  leaving the driver stranded.

At the start the movie seems like your typical thriller, but only find out that it is way more than that.  The truck is somehow haunted, and possesses the teenagers.  In the movie we do not really find out what haunts the truck, or possesses the people that drive it, but that is part of the mystery.   As Marcus says in the film, “you didn’t take the truck, the truck took you.”

I don’t want to give too much away about the film,  but in the end you find out what keeps the truck running as well.

Another thing to mention is that some parts in the movie do move a bit slow.  However when the scenes of suspense and horror do take place it is very exciting.

Something else I like about the film is that it has such a small cast, only the teenagers and the driver.  It is not true that a film needs  100 characters, some movies work well with a small cast.

My rating of the film would be 7 points out of 10.  All in all it is a good film.  Not spectacular, but not horrible either. Honestly I think anyone who reads this should check out the film and give their own opinion.