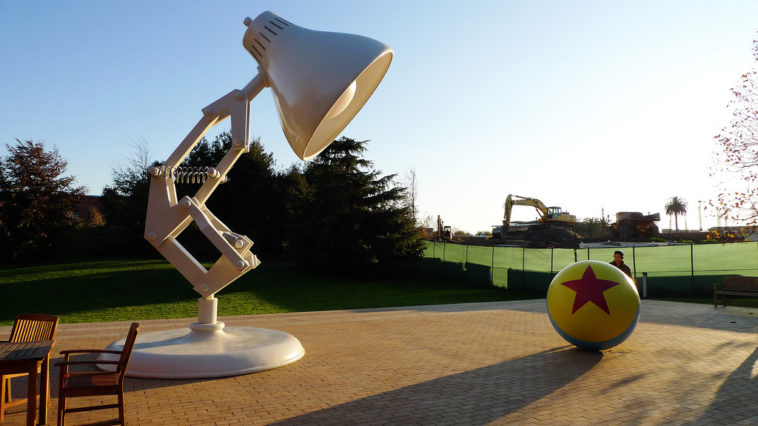 Pixar is in desperate need of silver polish. Their image as the one part of Disney that could just do no wrong has taken quite a beating in recent year. Even Finding Dory failed to manage to find the lost magic. (Or maybe just missing; lost sounds so incredibly…final.) Pixar only has four titles in the pipeline as summer 2017. Or, at the very least, only four titles they are willing to admit to. And when you find out what those titles are, you will probably arrive as the same conclusion: it’ not a question of what they are willing to admit to.

As the Bush nightmare transformed into the horrifying What-If scenario of a Vice President Palin, Pixar was sitting on top of the world. They had just released their finest achievement and though it would have taken a once-in-a-lifetime masterpiece to one-up UP!, certainly nobody expected that there was no place to go down but down. Down and down into a spiraling vortex of déjà vu all over again is exactly what Pixar managed to do with all that great profit in the form of audience goodwill. You can only ride that kind of credibility for so long, however, and when you are riding that road in a sequel to one of the company’s lesser efforts to begin with, the goodwill started spiraling as well.

Finding Dory helped, certainly, and may have generated enough nostalgia to extend their credit line. Pixar, however, is facing a big balloon payment to audiences raised on a legacy of one movie being even more incredible than the last. At this point, all that can really be hoped for is that “Incredible” is in the title. Which it will be. But what else in the near future for Pixar?

If you naturally took it to heart that a studio with the marketing genius that has clearly been at work within the hallowed halls of Pixar would learn that you can only poke a bear too many times before it claws back, it is time to purchase a new heart, Tin Man. What says we learned our lesson more strongly than following up the sequel to one of your greatest movies with ANOTHER sequel to one of your less great movies? Will the summer of 2017 be fondly recalled as the Year of the ‘Tater? Hmm, now would be a good time to look to the future rather than the past.

As some will be commemorating the anniversary of the assassination of JFK, others will be headed to cinemas to take in what has become one of the rarest events in entertainment: a brand new Pixar movie not based on a past glories. Although the November 22, 2017 release date seems off by about 21 days, you can never go with animation based on the Day of the Dead aesthetic. Who doesn’t love those colorful sugar skulls? By Black Friday, we should find out.

Sadly, the originality of Coco merely proves to be the kind of pitstop one might find in Cars 5.  The summer of 2018 will find Pixar returning to its marketing division once again to come up with ideas. While a sequel to The Incredibles is even more of a no-brainer than opening Coco on November 1 would seem to be, the timing is suspect. Why is a sequel to a movie that almost demands a follow-up coming out a year after the second sequel to a movie that nobody was clamoring to hear “the rest of the story.” If you can think back that far—or if you recently watched the original, the end of The Incredibles seems to be setting the stage for the introduction of a new villain called the Underminer. Will Pixar undermine even this by jettisoning that inherent promise? Not much is known about the story, so it remains to be seen.

Toy Story 4 was originally intended to come out in 2018 with the Incredibles sequel following up in 2019. That Pixar decided to flip the release dates of these movies does serve to give one hope that they are genuinely excited about the latest installment of the dysfunctional superhero family. On the other hand, it could just as easily be a tax decision, so who knows? Stay tuned because, hey, nothing says the 2020 election cycle quite like A Bug’s Life 2, right? (A Bug’s Life 2 is not currently scheduled for production.)