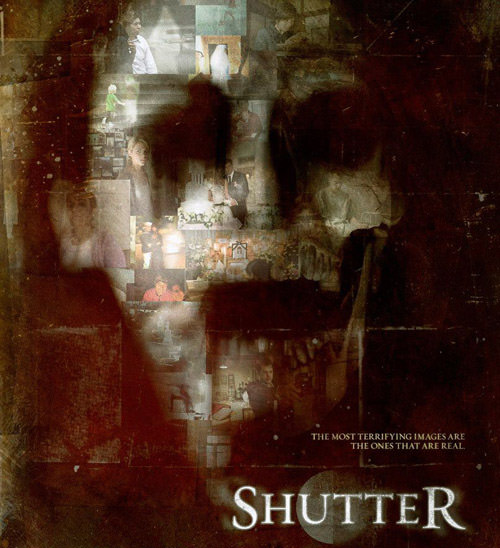 I got the chance to sit down and watch a movie that I have put off for a while now called “Shutter“. In the movie Shutter, a newlywed couple, Ben and Jane go off to Japan while in the dawn of their honeymoon after Ben lands a photography job in Japan. But while driving down a dark road they hit a spirit which look to be in the form of a human being. Later in the movie, the couple started seeing this spirit in every picture they took, eventually doing research finding out what it meant. 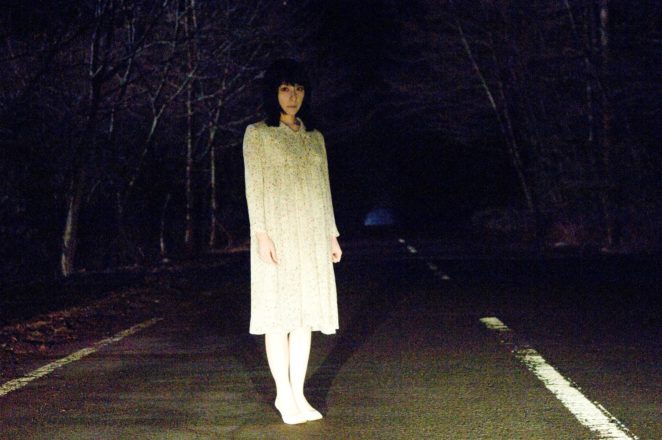 It turned out that the husband, Ben had dated the girl, Megumi in the past, but they split up because she became clingy after losing her father. Things began to go downhill, after the spirit attacked a friend named Adam while he photographed a model, then later caused his friend Bruno to commit suicide by jumping off the balcony.

Contemplating on going back to New York, the couple then realized that the spirit had been with them long before they arrived, then they concluded revisiting Megumi’s home. After entering the empty home, they found her rotted body with Potassium Cyanide next to it. With hopes of moving forward and putting the spirit to rest, the couple set up for the body to be cremated.

It turned out that the spirit was not fully rested because Megumi wanted the woman, Jane to see what type of man she had married. And of course, Megumi was attached to Ben already. Megumi’s spirit led Jane to a memory card with photos taken by Ben, showing Adam and Bruno raping Megumi.

It came to light that the boyfriend, Ben photographed her while she was incapacitated with his buddies Adam and Bruno, then after photographing her, Adam and Bruno raped her. In the end, Jane ended up leaving Ben because of everything that took place with Megumi’s death, which drove Ben crazy.

This movie had eerie things happening throughout it. Throughout early parts of it, Ben always felt he had something messing around with his neck. Well, it turned out that the spirit Megumi had been riding his neck, and it left his doctor befuddled because it showed him tipping the scale at nearly 300 pounds.