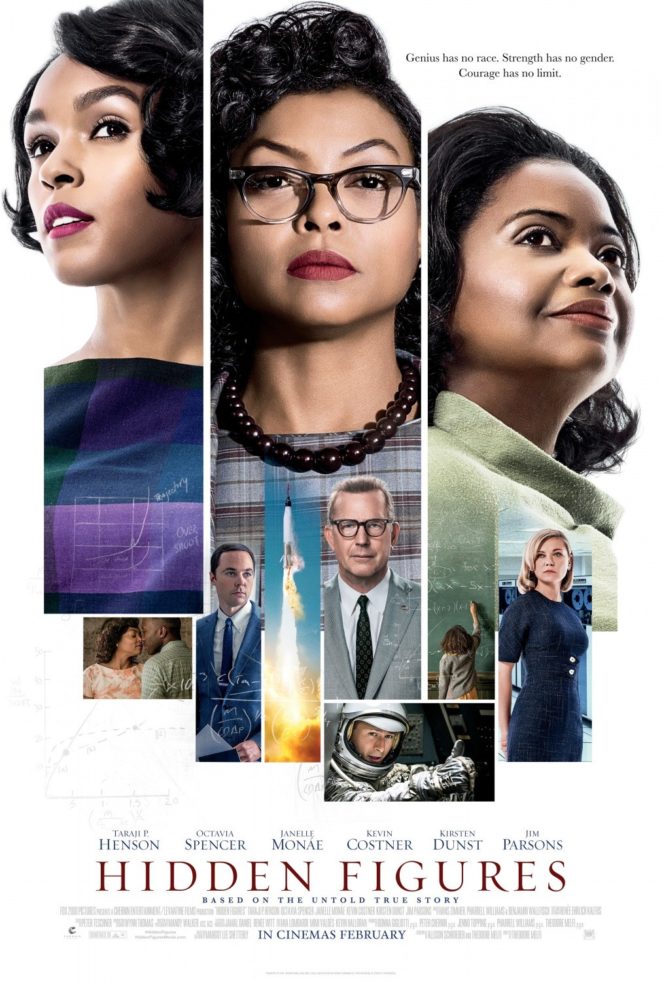 Let’s be honest – those movies that show true stories about mathematicians solving problems are often inspiring, but usually make dull viewing. With the exception of movies like A Beautiful Mind, they usually are more for the history students rather than the masses.

However, Hidden Figures, albeit a movie about numbers, space and vast intelligence delivers a stunningly entertaining movie that is inspirational and thought provoking.

Based on a true story, it tells the story of three African American women whose math prowess is up therewith geniuses like Einstein and Stephen Hawkins. In the 1960s they were employed as number-crunchers for NASA as the Space Race between the USA and USSR became less about science and more about political and national pride.

The movie tackles several key issues including racism and sexism and really makes you think how backwards society was in the 1960s. It’s interesting to see a room full of white men be chastised by a forward thinking harried engineer (Al Harrison played by Kevin Costner)and watch them slowly understand what equality truly means, and how the ‘mission’which has critical importance for the USA cannot be undermined by outdated views and prejudices.

What makes Hidden Figures stand out is the sheer spirit – it’s a human story that speaks of the coming-of-age of mankind – while there’s still a long way to go before we become an enlightened species, it does give us a little glimpse at the hope that a few good men and women can and will make a difference in our society.

Overall the movie made me laugh, cry and very contemplative – it’s a masterpiece in storytelling and is one of the most thought provoking movies I’ve seen for a long time.

How far could mankind go if it shed the shackles of prejudice?