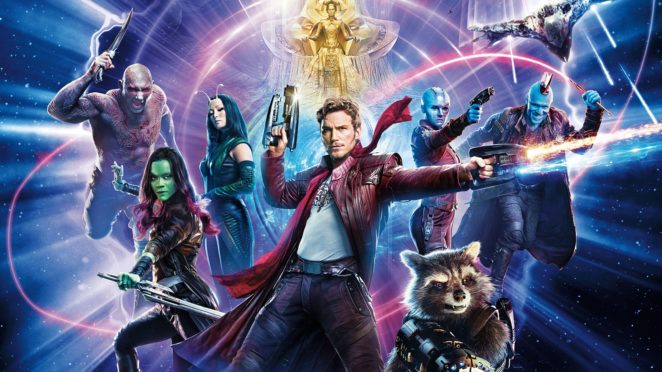 Marvel is expanding its MU (Marvel Universe) by adding characters from the many comic book stories they have. I reviewed previously the original Guardians of the Galaxy movie. This review is for the second of the two movies, currently in theaters.

1. How often do you get to have a character in a movie that has is a planet sized Ego?

2. The cast works well together. My favorite scene in the movie is baby Groot dancing.

3. Overall the movie is fast-paced, keeps moving and has a lot of really funny scenes.

The soundtrack for the movie represents some of the best songs of the 1970’s. I will say the joke at the end of the movie made me laugh, I will simply say that Star-Lord replaces his tape player because it is destroyed in the course of the hero fight scene in the movie. The replacement made my laugh for a solid minute during the movie and still makes me smile now!

If you liked the first movie, you will love the second one!!!!