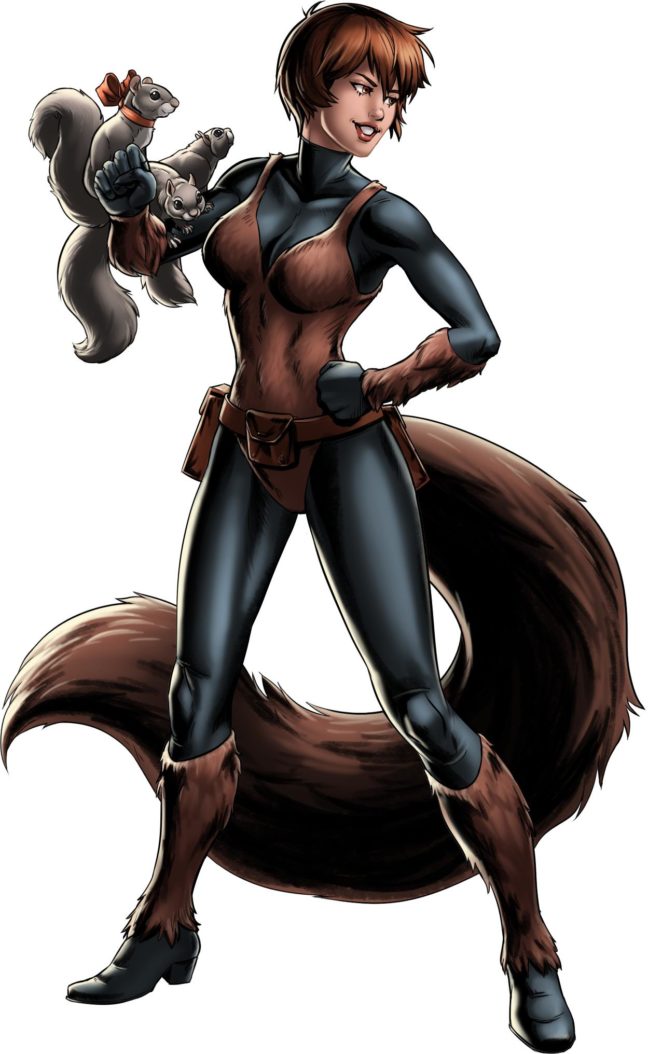 I remember the first time I heard about the Marvel super hero character named Squirrel Girl when I read on Twitter about a new sitcom that would star the Unbeatable Squirrel that Marvel Studios was trying to sell to the television networks at that time.

At the time that I saw the ad for the sitcom that would star Squirrel Girl, the first thought that came to my mind was the character that was performed by the late Mexican comedian Roberto Gomez Bolanos alias Chespirito (1929-2014) who played the Crimson Grasshopper who like Squirrel Girl was a comic relief hero.

At that time that I saw the image of Squirrel Girl on the Twitter page, I did create an original character for my fan fictions on Devianart and Archive Of Our Own originally named Isthmus Squirrel but I later changed her name to Panama Squirrel to avoid a lawsuit from Marvel Comics for copycat violations.

I got the idea to name an original character Panama Squirrel since I am a native of Panama via the former Canal Zone.

I do remember one of the nicknames of U S gymnast Gabrielle “Gabby” Douglas is the “Flying Squirrel”. Hence the idea of combining the name of the nation of my birth and naming the original character based on the fact that Panama Squirrel is nicknamed The History Nut since she is a student of history of super heroes and villains.

The majority of comic books fans that are on Quora.com do not like the character Squirrel Girl since they claim that she is cocky and arrogant since she is undefeated in battle via the use of her squirrels as weapons against her enemies.

There is an old saying that goes “If you have done it, it is not bragging.” When I found out on Quora.com that as long as my original character is not a copycat of Squirrel Girl who is not exactly a household name like Captain America, Iron Man or Thor in the Marvel Universe, I am in the clear as far as having the use of the name Panama Squirrel who is the student of PBS Kids heroine Wordgirl in my fan fictions.

Panama Squirrel when she is not battling bad guys in Fair City, she goes by her alter ego Gabrielle Squirrel who is a student at River Hato Elementary School in Fair City. However she is the junior vault champion of girls gymnastics in Fair City.

I look forward to seeing The Unbeatable Squirrel Girl on her television show on Freeform Television probably around 2018 in, you guessed it. A sitcom.