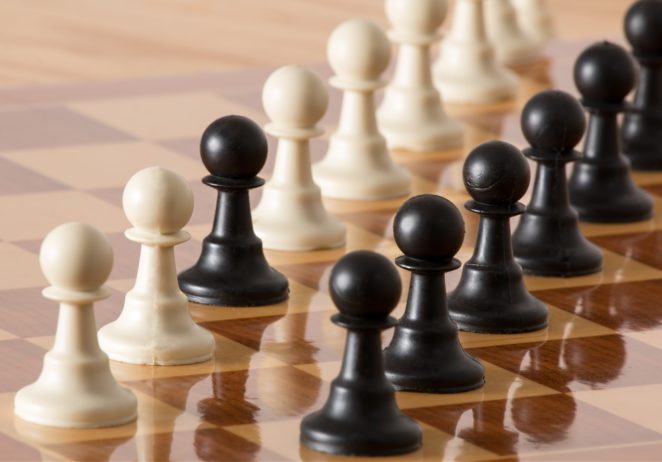 The earliest origins of chess are not yet defined, but it seems that it goes back nearly 1500 years.

Historians believe that the game originated in India or in China before the 6th century AD.

In its current form, chess evolved after it was spread in Europe, in the 15th century.

Chess is a rather popular game, played at least one per year by many people around the globe.

It deserves to be mentioned that it is very popular among Russians and Indians.

The first modern chess tournament was held in London, back in 1851 and the winner was a German player named Adolf Anderssen.

I plan to get back with interesting information that one needs to start loving and playing this fine game, but in the meantime I would like to share some interesting facts about chess!

It is said that the folding board was invented back in 1125 by a chess-enthusiast priest, because the Bishop of Paris had banned the game and he wanted to transfer the chess board without anyone knowing about it.

Playing chess is known to promote brain growth, exercising both sides of the brain and raising the IQ. (based on scientific studies)

Thank you for reading! Let me know in the comments if you play chess and if you are considering to learn (like me)