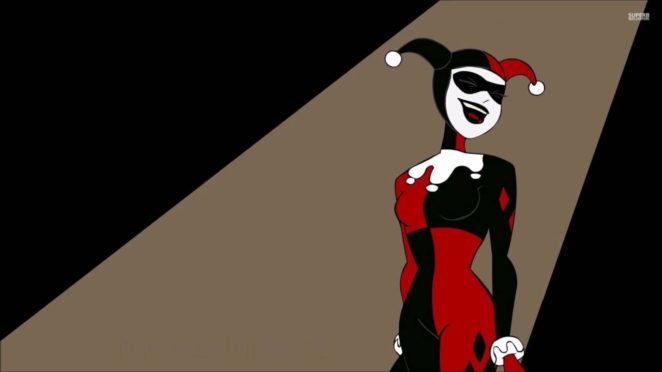 Under the “Say it ain’t so Joe.” lines of the entertainment industry, fans of the partner of the Clown Prince Of Crime The Joker will not be seeing his female partner Harley Quinn on the fourth season of “Gotham” which is broadcast by the Fox Television Network starting this autumn.

I do remember seeing the Joker in the “Adventures Of Batman And Robin” which was produced by Ducovny Productions in 1968 on reruns of course and I remember that the Joker only had two male henchmen.

Nevertheless Harley Quinn that I know is either the prankster on “D. C. Super Hero Girls” which plays on You Tube, the evil partner of the Joker in the Batman cartoons and an anti hero in the “Suicide Squad” movie.

Do not let her cute face fool you, she can handle herself against anyone male or female in battle with her weapons like a boxing glove that uses to kayo her foes or a baseball bat.

In my opinion she does the fit the mold of a female Joker since she likes her “pudding” as she calls her boss the Joker or by his other nickname “Mister J”.