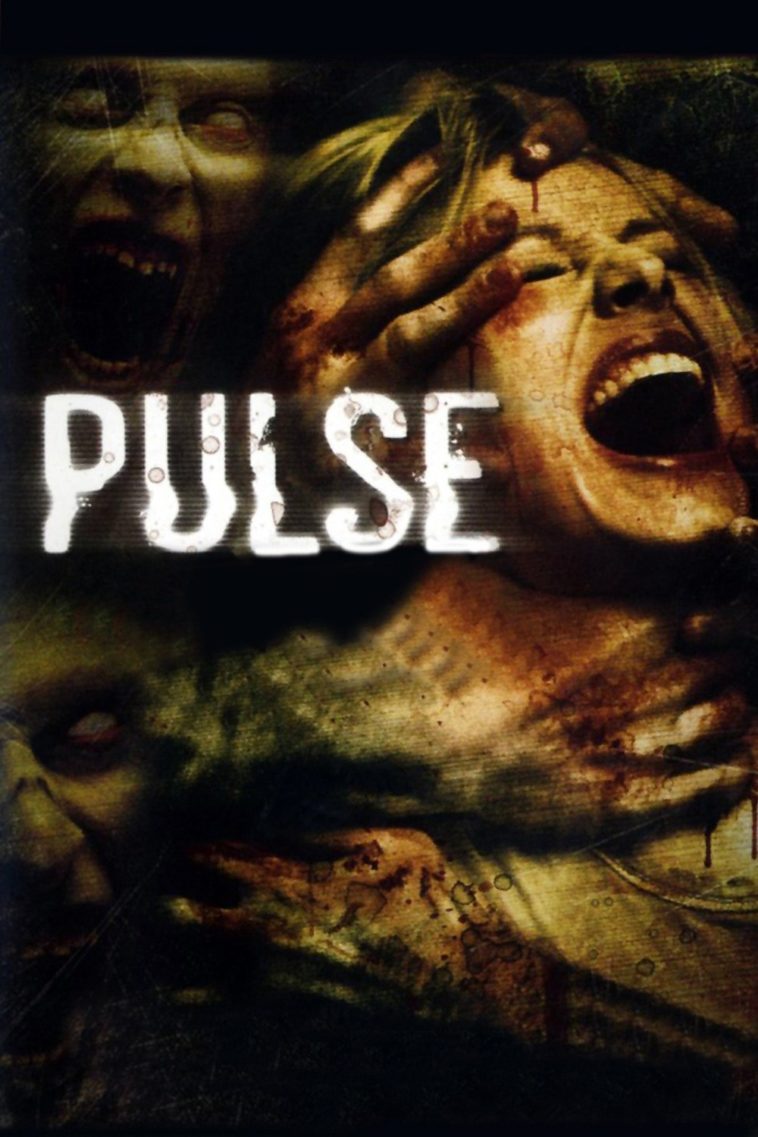 Imagine living in a world where getting online, or even using a cell phone became a problem. That would be awful right? Well, in the movie Pulse that is just what happens.

Somehow a virus is created and “ghosts” come through the Wi-fi.  The ghosts steal a person’s will to live and they take their own life (or the virus/ghost take over and turn them into a pile of ash).

The main characters try to fix the problem, but learn they can’t do that.  They can only go to  a deadzone where there is no technology.

I thought the film was very interesting and unique (at the time).  It definitely has it’s dark and gory moments but the storyline is good in my opinion.

Pulse 2 sort of follows the story of the first film, but it has different characters.  This movie did not show the technological side as much.  The second film has to do with a family. The mother is already dead, but she does not know it.  She does not understand that is why her daughter does not see her even though she tries to call out to her.

This part of the series is just weird. The mother/ghost has flashbacks.  Again, it’s a very interesting storyline I will give it that.

The daughter luckily does not get the virus/sickness. The father never did either until the very end of the film when he chose his wife over going with their daughter to a safe place.

The third movie is my favorite in the series. The third film follows Justine (the daughter in the second film) when she is 17.  She lives in a deadzone with no technology or modern things.

She does however find an abandoned computer and turns it on. Through the computer she meets Adam, a boy who lives in the city.  He gets her to leave her home where she is safe and go into the city so she will help him come back to life again (so to speak).

It would be scary to live in a world like that. I am just glad that it’s a movie and not real life.

Have you seen any of these films? If so, did you like them? Which one is your favorite?  Like I said, my favorite is the third one. I like that it tells us what happens to the girl in the second film.