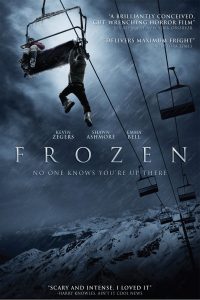 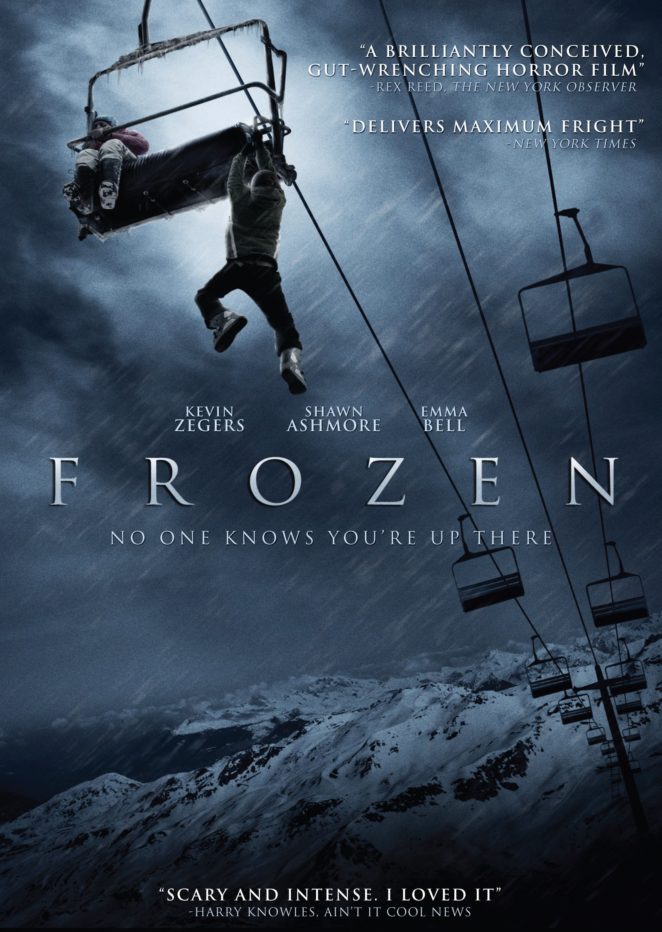 I would rate the film an 8.5 out of 10. One of my only complaints about the film is the ending. I don’t want to give away the ending, but if you watch the movie I think you will understand what I mean.

I really like this film because it is not full of gore, sexuality, and violence like you see in a lot of horror films.  There are a few gruesome scenes or moments but they don’t take away from how great the film is.

The film’s actors also deserve some kudos, because they did a wonderful job. Particularly the three main characters Joe(Shawn Ashmore), Dan(Kevin Zegers), and Parker(Emma Bell). Frozen is Emma’s first movie (not acting job, but movie), and Kevin you may remember from the Air bud movies.

Short synopsis of the film:

The movie starts out with the three college students (Dan, Joe, and Parker) at Mount Holliston bribing one of the employees (Jason) to let them on the ski lift because they do not have enough money. He obliges and they spend the day on the bunny slopes because Parker is a new skier. They did not get a chance to go on any of the harder slopes due to teaching Parker, so they talk the employee into letting them go for one quick run before they close for the night.

Unfortunately, that employee is called to talk to the boss and one of his co-workers takes over. Jason (the first employee) tells the co-worker that he can shut down after a group of three friends come back from their lift. The new employee sees a different group come back in (mistaking them for the group Jason was talking about) and shuts down the ski lift.

Dan, Joe, and Parker get annoyed once they see the ski lift stop, and get scared once they see the lights to the skiing lodge go out.  Their fear really sets in once they realize that the mountain wouldn’t be open for a whole week.  They knew that they would freeze to death up there.

Dan then decided that he needed to try to get help, so he jumped from the chair.  Shortly after landing he realized that he broke both of his legs.

The cold, lack of food, abandoned mountain, and Dan being stranded unable to move were not their only problems. There was also a pack of hungry wolves to worry about.

How would Joe and Parker get down to the lift and find safety? In trying to save their lives would they also find demise? I would suggest watching the movie to see for yourself.

Have you seen the film?  What do you think of it if you have?