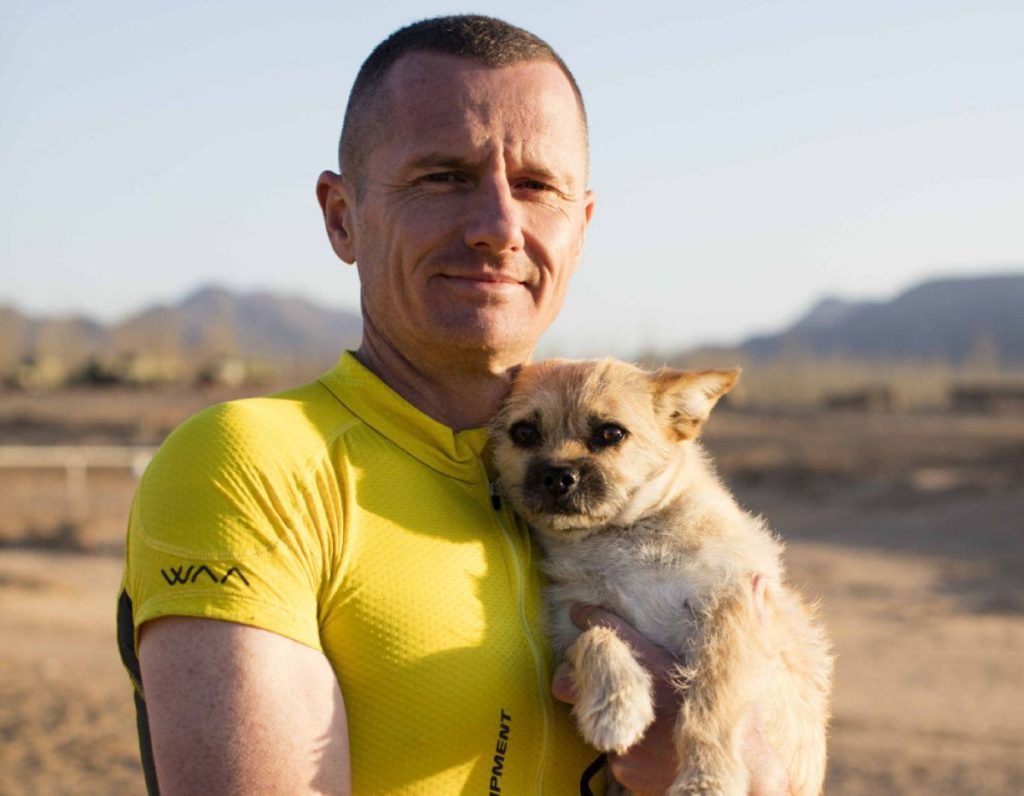 I’ve recently finished reading a very in very inspirational book about Dion and his dog, Gobi.  Dion Leonard is a runner and often runs in these ultra marathons around the world.  One such marathon was the Gobi Desert in China, with a group of other people.  On the 2nd day of the race a stray dog started following him.  Dion didn’t know why she started following him, but the dog, whom he named Gobi, started running along side him.  By the end of the week Dion and Gobi had grown fond of each other.  When the race was over, he was asked by a few of the other runners what his plans were regarding Gobi, and he decided to bring her home to Scotland.

The book tells the story of the struggle that Dion had on getting Gobi into Scotland, and the struggles he had along the way.  With all the legal documentation he needed for the dog, he also had to make sure she was micro-chipped, had a passport, and have a rabies check.  He had left Gobi with whom he thought was a trusted friend.  Dion had to return to the UK to his wife and his job.  A crowd funding website had been started and people started donating money to help pay bringing Gobi back to the UK.  Whilst Dion was in Scotland, he got devastating news that Gobi had gone missing.  In a city that was so densely populated with people and so much traffic, it would be like looking for a needle in a haystack.  Dion decided to fly back to China to help search for her.  There were many people who were very kind enough to give up their time to help find the dog.  And by the grace of God, Gobi had been found.  When Dion went to the address to see if this was really Gobi, the little dog started squealing and getting so excited when she saw Dion.  So he knew this was definitely her.  He worried about her so much now that he didn’t want to leave her.  So Dion decided to return to China, and he stayed that for 5 months, which was the time it took in terms of all the legalities to get her back home.

The book I found a really inspirational story.  Dion and his wife were determined to get Gobi back to the UK to live with them.  Even after they found Gobi, they had the long job of getting her all sorted out so they could travel home.  Dion went through so much for Gobi, and Gobi has repaid him in leaps and bounds with the love she has shown him.  Dion and Gobi make a good team.  If you’ve not read Finding Gobi yet, get the book and read this heart-warming story.  It will make you cry, laugh and smile all at the same time.