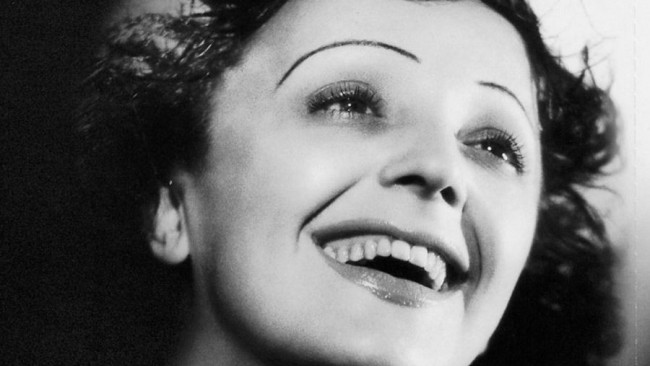 I run my series with Edith Gassion’s short but passionate life of passion, called Piaf, we can easily compare to that of Cinderella of the eponymous tale.

The miserable Parisian suburb is where Edith, for the first time in the frosty morning of December 19, first bewail the white world in the distant 1915 – in the family of street artist and mother singer. Not long after, due to the inability to take care of her, her young parents send her to her grandfather. Poverty and poverty, however, persecuted Edith everywhere she went, and she was once again forced to change home. This time with a … public house – owned by Edith’s grandmother. That’s where the little and slender girl with big and sad eyes grew up under the care of … prostitutes.

A curious detail of Edith’s childhood is the fact that she suffers from rare keratitis between three and seven years of age and is completely blind. According to one of her biographies, written by her half-sister Simon Berto, she regains her eyesight after some of the prostitutes working with her grandmother collect money and send her to worship in St. Basil’s Basilica. Theresa “in Lisio To this day, it is claimed that Edith regained her vision miraculously, thanks to her hot prayers to St. Therese.

Only 14 years old Edith is already on a tour of the streets of France, singing and assisting his father as he juggles and entertains passers-by with his acrobatic numbers. Not long after, the vocal maiden gets separated and begins to sing singly as a street singer in the Parisian suburbs. By the time Louis Leul, the owner of a cabaret, accidentally does not hear her sing in the streets and is amazed at her voice. Edith is the one who owes his nickname La Mome Piaf (the little sparrow). The weak and fearsome girl in the suburbs , with the casual and unobtrusive look, the large and shapeless shoes, the fragile and small figure, the huge and warm eyes that gathered as if the depths of the universe, astonished, enchanted, hypnotized everyone who stepped on the threshold of the cabaret. A voice sweeping the city rages over the squares to rebuke the love of the suburbs, the street, the occasional encounters, to capture forever Carnegie Hall’s glorious glory and to cross the boundaries of time and space.

Her fiery tragic love with boxer Marcel Serdane, who was killed in a plane crash, added another grim stroke to her stormy life. Perhaps it is also the great love of Piaf – love, interrupted by the athlete’s sudden death. Love that is remembered by all. On June 16, 1949, Serdan lost his title to a world champion in a New York match against Jack La Motta. The revenge is set for December 2. In October, when Piaf is on a tour in the United States, he asks Serrad to take an airplane, not a ship to arrive faster to her. The Air France flight departs in the evening, and Marcel is in it.

The crash has not survived. Strangled in shock, Edith insists on singing the evening. She tells the audience: “Tonight I sing for Marcel Serdan, just for him.” She plays several songs, then she loses consciousness and falls on the curtain on the stage. By the end of her life she will carry the memory of Marcel deeply in her heart.

Two months after the death of Serdan, Edith created the agonizing and eternal Hymne a L’amour:

“If someday life breaks you from me If you die if you are far from me What do you love me For I will also die We have eternity In her infinite blue In heaven there will be no problems God gathers those who love. ” In Piaf’s voice, in her music, in her songs, in her eyes on the scene, the pulse of her storm trembles with all her might, entwined in glory and sadness, passion and sorrow, life. Piaf’s mental anguish is growing increasingly under the influence of rheumatic pain in the joints. Morphine drank her last strength, the hunger. Day after day she slowly and irrevocably dithers. He dies in his home in southern France. He was only 47 years old. But it stays behind … your soul … deeply permeated in her …, the unmistakable … the unmoved … the weather and the wind …