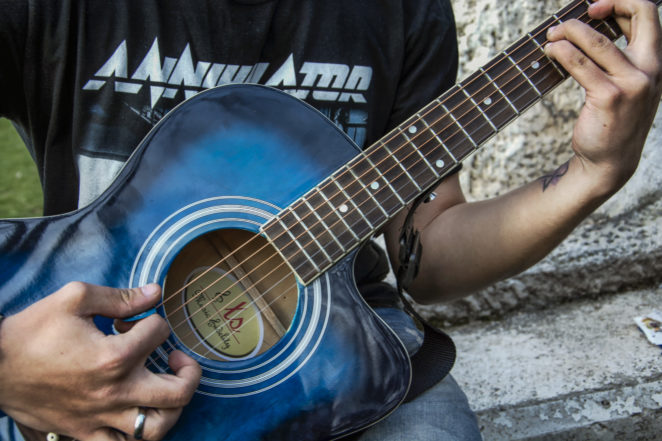 The origins and evolution of the guitar are not very clear, since many similar instruments were used in the antiquity, reason why it is usual to follow the trajectory of this instrument through the pictorial and sculptural representations found throughout the history. There is archaeological evidence in bas-reliefs found in Alaça Hüyük “Turkey” that around the year 1000 a. C ..

There are several hypotheses about their origins. One of them gives a Greco-Latin origin and affirms that he is a descendant of the fidícula. Another of the most popular considers that the guitar is an instrument introduced by the Arabs during the Muslim conquest of the Iberian peninsula and that later evolved in Spain.

Apparently the first cordophones came to the Greeks, from the Greek word kithára it is assumed that the Greek word would have been used for the instrument to which a handle would have been added at the beginning of our era. Many scholars and musicologists attribute the arrival of the guitar to Spain through the Roman Empire in the year 400. Another hypothesis could have been introduced by the Arab conquerors and not by the Romans. There is also an Arabist hypothesis about the origin of the lute claiming that the first mast instrument was the Arabic.