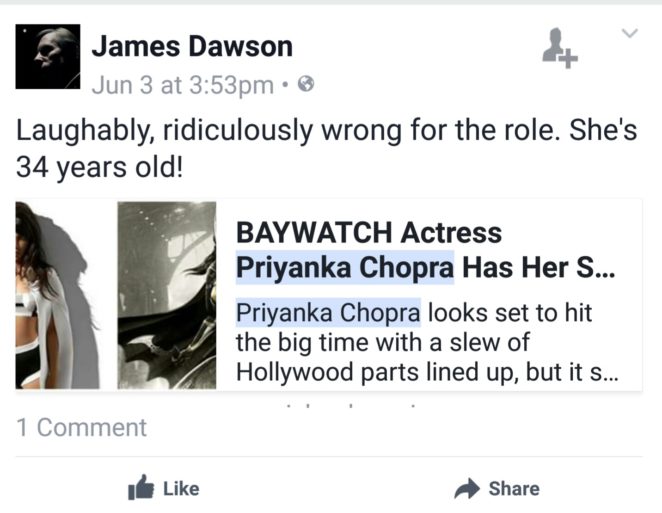 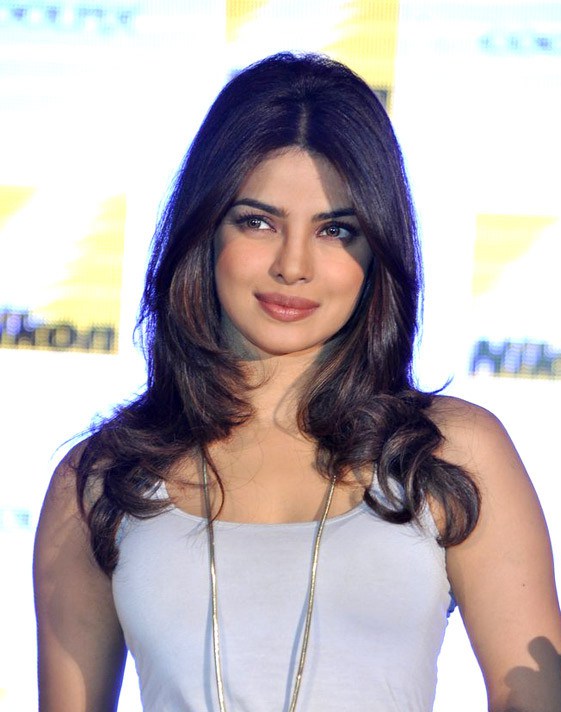 Priyanka Chopra the beautiful Indian born actress star of Quantico and Baywatch recently made quite a stir but throwing her hat in the ring for the upcoming role of  director Josh Wheton’s Batgirl.

Why all the fuss? Some comments on the trending Facebook feed are quite adamant regarding the nationality of Batgirl. One man prefers a red head. Another posted that she’s 34! Like that is a crime!

Aging Women in Hollywood face challenges men do not and I am in favor of Priyanka Chopra even more after that ridiculous quote.

Why is she pitching for the coveted role of Batgirl? At a press junket she confessed…

What woman wouldn’t want to play Batgirl? Do you support her for the leading role of Batgirl?