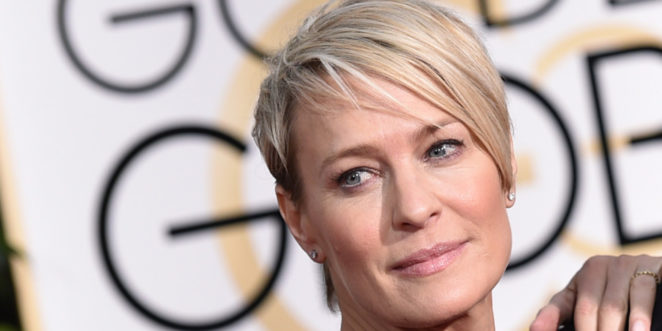 Actress Robin Wright who was in the first “Wonder Woman” movie as General Antiope would like to return to the sequel to the highly successful blockbuster hit movie that came out this summer.

There is one catch. In the first Wonder Woman movie, General Antiope like Steve Trevor’s character passes away in the final moments of the movie.

However since this is a work of fiction, I am sure the writers of the Wonder Woman sequel will work out a method on how General Antiope will return to the sequel.

It remains to be seen which method the writers of the “Wonder Woman 2” movie will have the character of General Antiope appear in the sequel if Robin is hired by Warner Brothers studio to be in the sequel of the iconic super heroine who appeals to both men and women of all ages.

Let the guessing games begin when production of the sequel to “Wonder Woman” begins if Robin Wright gets her wish to be in the sequel or not.