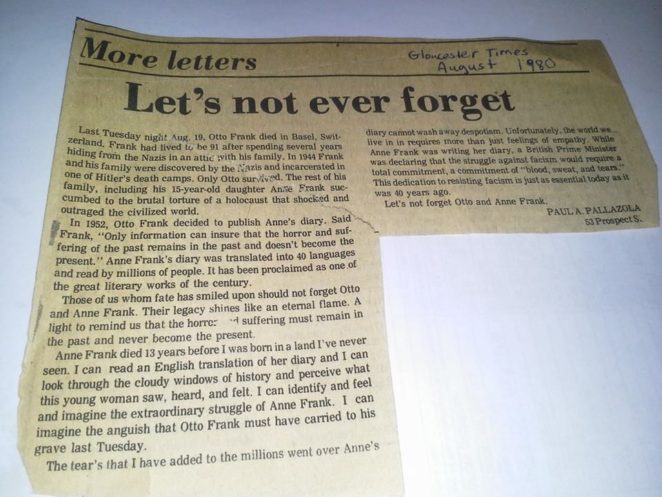 I first read Anne Frank’s Diary in 1967. My family had watched the televised play & the day after I went to the Sawyer Free Library to check out the book. The librarian was perplexed  that I was seeking to read material that was intended for adolescents & adults, not kids younger than the author. I was so moved by her story that I wanted to study the book & understand. I would read the book 3 more times over the next decade. In the summer of 1980 Otto Frank passed away. I learned that he had made the painful decision to share his daughter’s diary with the hope that making it available to people around the world might help to avoid a recurrence of the horror his family faced. I wrote a letter reflecting on his decision and the impact of Anne’s diary.