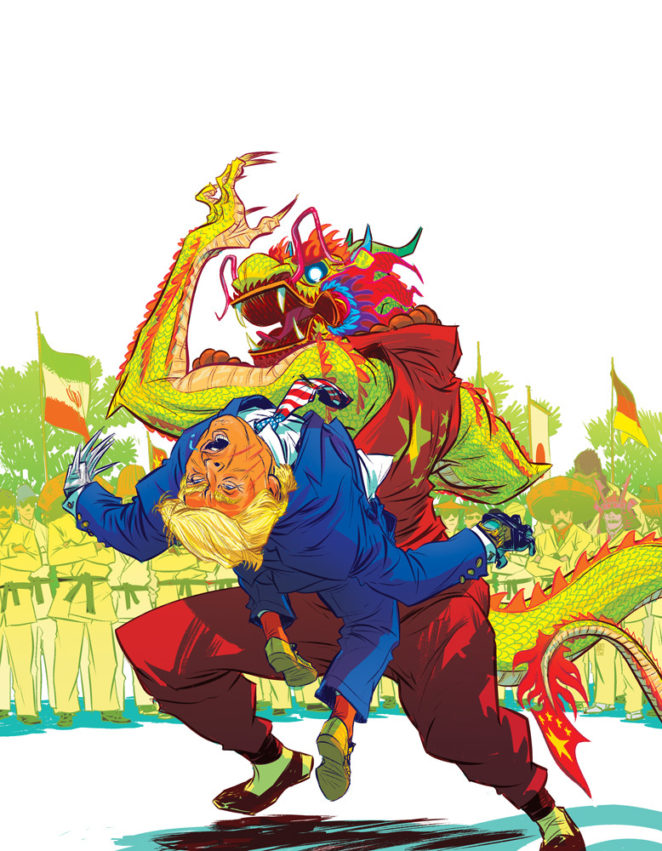 In a previous article – The Upside  I mentioned how the 3rd World has been ‘invaded’ by China, which is basically our main trading partner.

I didn’t go into the benefit of the ‘Trade War’ Trump has created.

One of the things that amazes me is the ignorance of the American President, and his ‘advisers’. Obviously they can’t do a Google to find out what America exports and what it imports.

As we, in the 3rd World are capable of doing online searches, we knew that America grew tons of soy beans, and used very little. Most soy beans go to China.

Since China said that if America implements its Trade War, they will retaliate. China explicitly mentioned soy beans.

Well, we tend to feed them to chickens. Yes, I know the value of soy beans, and use tofu. The soy beans in local tofu are grown here, so the soy beans for chicken feed are usually imported.

We crossed out fingers and YES!  China decided NOT to buy soy beans from America. That meant the U.S. Would be stuck with tons of soy beans.

So we showed interest, the soybeans were offered at a low price, but we forced it even lower.  So now Jamaica gets soy beans so cheap that the price of chicken has gone down!

As China imports more cars from America than Americans buy in America, (since everyone loves the Japanese cars) we are going to offer a few dollars for the cars.

And when it comes to Levis… they’ll be selling at the same price as the Chinese knock offs!

As I said, the 3rd World will benefit from the Trade War.