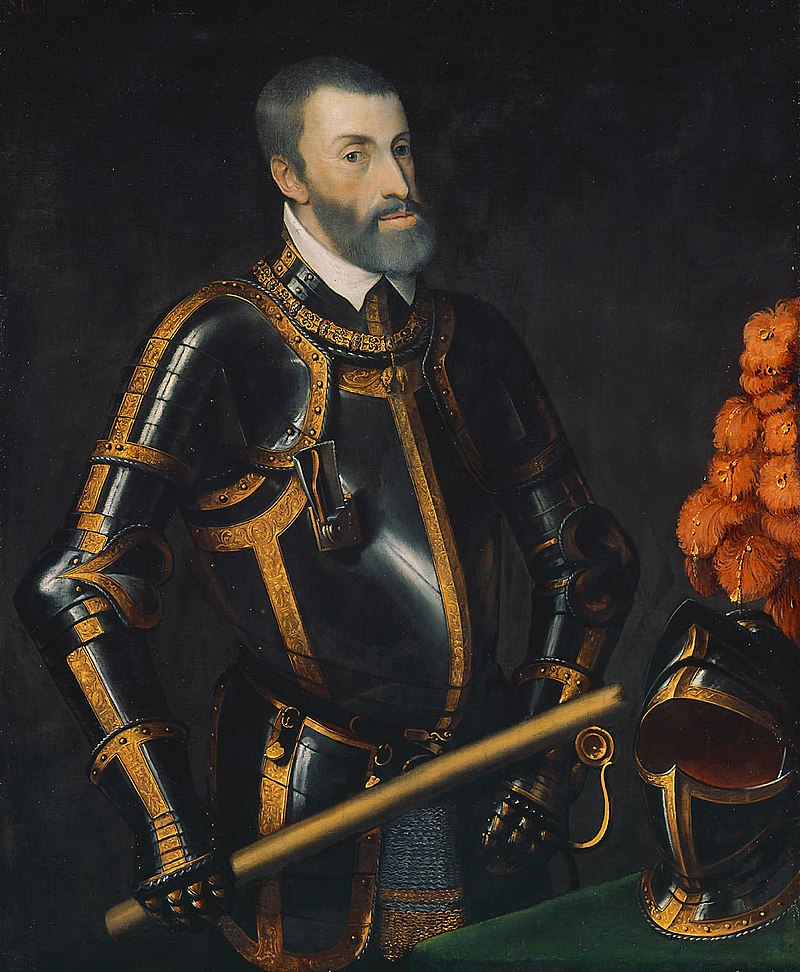 The term Diet of Speyer refers to the fifty sessions of the Imperial Diet of the Holy Roman Empire which took place between 838 and 1570 in the city of Speyer, located in modern-day Germany. However, when used, it generally refers to the most famous and important sessions which occurred in 1526 and 1529 and are often referred to as Speyer I and Speyer II. That’s the way I will use it here.

The Edict of Worms

In 1517 Martin Luther nailed his 95 Theses to the door of the cathedral in Wittenberg and, in 1520, Pope Leo X responded by issuing papal bull entitled  Exsurge Domine (Arise, O Lord) in which he outlined 41 errors that were being taught in Martin Luther’s 95 Theses. Emperor Charles V of the Holy Roman Empire summoned Luther and promising safe passage. Despite the fact that the same promise had been offered to Jan Hus who was executed despite having received the same promise. The Diet of Worms (Worms is a town in Germany so the ‘w’ is pronounced like the English ‘v’) was convened on 23 Jan 1521 and Luther appeared on 16 Apr.

A list of books was read to Luther and he was asked if he had written them. He had and he admitted so. However, when asked if he would refute those writings, he refused. On 25 May the edict was issued banning anyone from adopting the teachings of Martin Luther. It didn’t work.

The edict issued by Speyer I suspended, at least temporarily, the Edict of Worms which outlawed the teachings of Martin Luther and punished, with the death sentence, anyone who was found with his writings in their possession. Because of this it was heavily supported by Protestants.

Despite the Catholic Church’s attempts to stop it, Protestantism continued to spread and implementing the Edict of Worms became less and less practical. Charles V, emperor of the Holy Roman Empire, who had issued the edict in 1521, planned on attending Speyer I but issues in other parts of the empire prevented that. Archduke Ferdinand I of Austria was given the task of leading the session and bringing the two sides together.

For the first time princes who had embraced Protestantism were able to declare their faith and give support to the regions where the Reformation had taken hold. Add to the mix a threatened invasion by the Turks, an ongoing argument between the emperor and the pope and the result was that the Catholic majority was not inclined to object.

On 27 Aug 1526, the diet, with the consent of Ferdinand, came to the unanimous conclusion that a general or national council should be convened for the settlement of the question. In the interim it decided that “every State shall so live, rule, and believe as it may hope and trust to answer before God and his imperial Majesty.” Catholics would not try to force countries to become Catholic and Protestants would not force Catholic countries to become Protestant.

As you might imagine, this did not work out well in practice.

Speyer II opened on 15 Mar 1529. Its agenda included the advance of the Turks who had made it as far as Hungary and on the verge of attacking Vienna, and an attempt to halt the further spread of Protestantism. As in the case of Speyer I, Charles V was not present and Ferdinand was put in charge.

Ferdinand was not happy that the edict of Speyer I had been interpreted in such a way as to allow the spread of Protestantism. He ordered that Roman Catholicism be the practice everywhere within the Holy Roman Empire.

Believing that this would result in the death of the Reformation movement, the Lutheran delegates entered a legal form of an appeal on behalf of themselves, their subjects and all Christians, known as the protest of 25 April 1529. The protest was signed by the Elector John of Saxony, Margrave George of Brandenburg, Dukes Ernest and Francis of Braunschweig-Luneburg, Landgrave Philip of Hesse, Prince Wolfgang of Anhalt as well as the representatives of fourteen imperial cities, including Strassburg and St. Gall. It is from this act that they became known as Protestants.