The Robber Council, which was held in Ephesus in 449 AD, got its name from Pope Leo I who accused it of trying to steal the true faith. It was called by Emperor Theodosius II with the approval of Pope Leo I to deal with the Monophysite heresy which was being propagated by Dioscurus, the patriarch of Alexandria and Eutyches and the abbot of a monastery outside of Constantinople. Although it was intended to be an ecumenical council, it was never accepted as such.

The question before the council, by order of the emperor, was whether St. Flavian, in a synod held by him at Constantinople in November, 448, had justly deposed and excommunicated the Archimandrite Eutyches for refusing to admit two natures in Christ. The Monophysites believed that Jesus had only one nature, divine, not human. This is contrary to orthodox Christianity which holds that Jesus was one person with two natures: one divine and one human. This doctrine was first articulated by Cyril of Alexandria and accepted at the Council of Ephesus in 431. 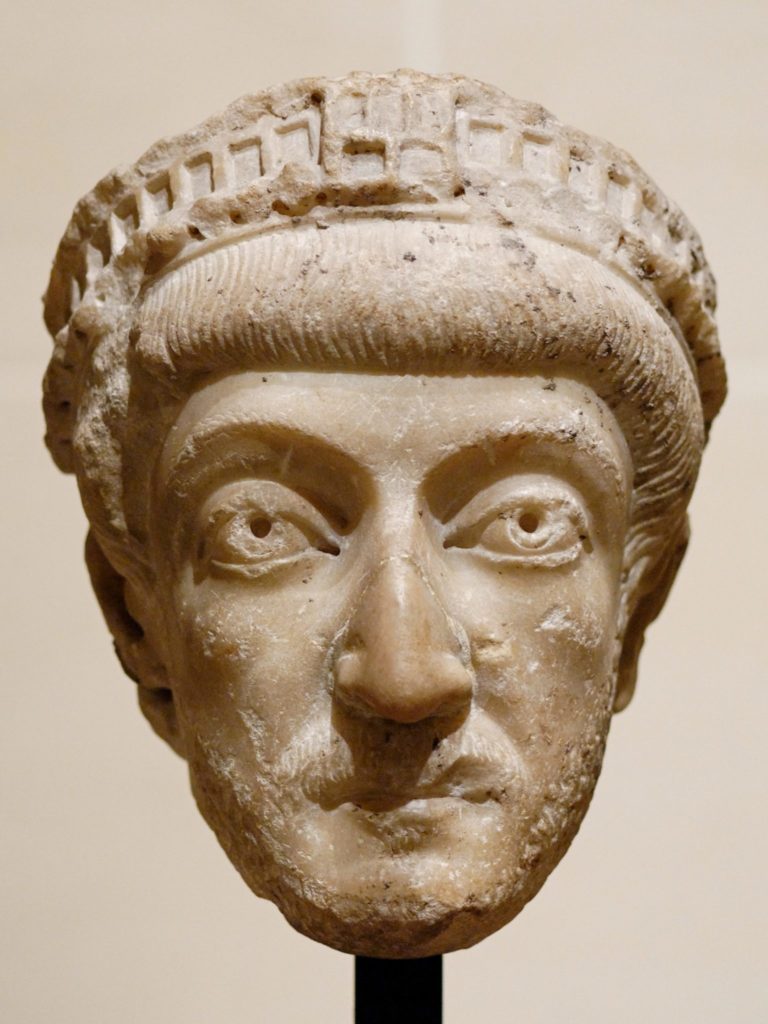 The emperor, a Monophysite, made Dioscurus the head of the council and manipulated it in a way that only his supporters had the chance to speak. The pope had sent legates to the council with a letter he had written putting forth the orthodox position. The emperor ignored them. The council ratified the heresy vindicating Dioscurus and Eutyches.

We know what happened at the Robber Council from two sources. First, the acts of the first session were read at the subsequent Council of Chalcedon in 451. The remainder is known from a Syriac translation written by a Monophysite monk in 535.

Representation of the western church was sparse. A bishop named Julius attended but which diocese he came from is unknown. Renatus, a priest from Rome, died on his way to the council. A deacon named Hilarus, who later became pope, also attended. After putting the council under the charge of Dioscurus, the emperor mentioned Julius’ name. When he did so the bishops shouted, “He was cast out. No one represented Leo.” There were 127 bishops there along with the representatives of 8 more. No one bringing a charge against Eutyches was allowed to speak.

The council was nullified by Pope Leo (The Tome of Pope St. Leo), who called a new council which met in Chalcedon 451 AD. This council ruled in favor of orthodoxy and the heretics Dioscurus and Eutyches were excommunicated and removed from their positions.

It should be noted that some of the bishops were concerned about Leo’s statement. They were concerned that it was Nestorian in nature. At the suggestion of Bishop Atticos of Nikopolis, a committee of bishops was established to scrutinize the document.