This is the name given to a massacre of French soldiers and civilians on the Italian island of Sicily that took place in 1282. It was a rebellion against the oppressive and tyrannical rule of Charles of Anjou, the King of Italy and Sicily, who was very different from his brother, King Louis IX of France, who would later be declared a saint.

On 30th March, which was Easter Monday, the people of Palermo had gathered at Santo Spirito Church for the service of Vespers. A pretty young woman received unwanted attentions from a French soldier and her fiancé came to her defence. In the argument that followed the man drew a knife and stabbed the French soldier in the heart.

This was the trigger for a much larger outbreak of violence as the Sicilians turned on the soldiers, more than 200 of whom were killed before the day was over. 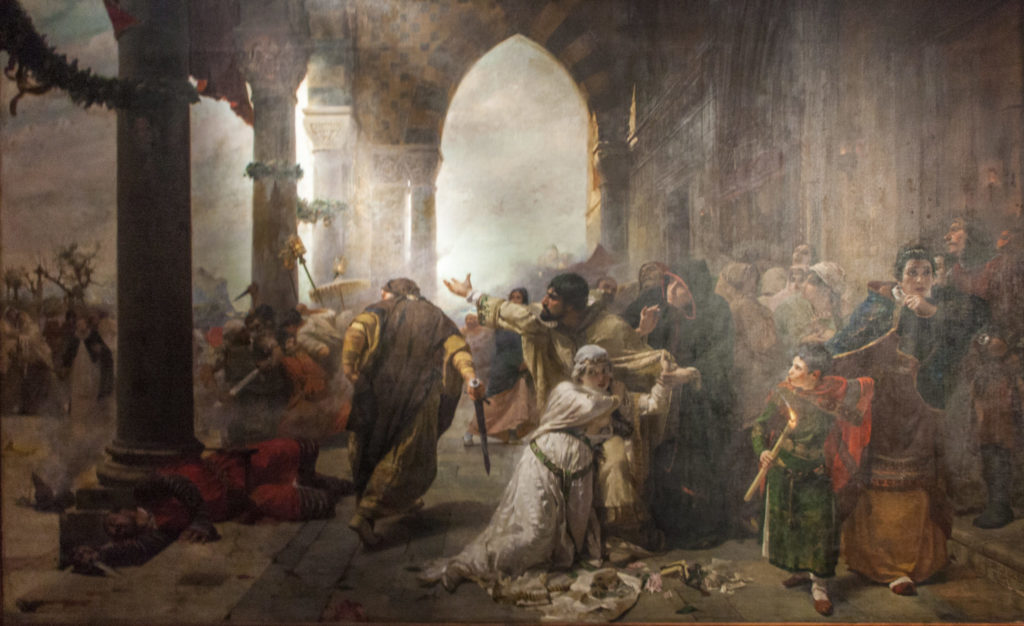 On the following day the rebellion spread across the island and within the next six weeks more than 3,000 French people, civilians as well as soldiers, were killed.

The uprising led to a much longer struggle for the control of Sicily and the eventual overthrow of Charles of Anjou. The royal houses of Naples and Aragon fought it out for twenty years, with the net result that Sicily enjoyed virtual independence that lasted for almost a century.

The original dispute between a soldier and an enraged fiancé was not forgotten, and the event is known to history as “The Sicilian Vespers”. The Italian composer Giuseppe Verdi wrote a celebrated opera with that title in1855.