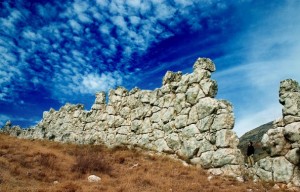 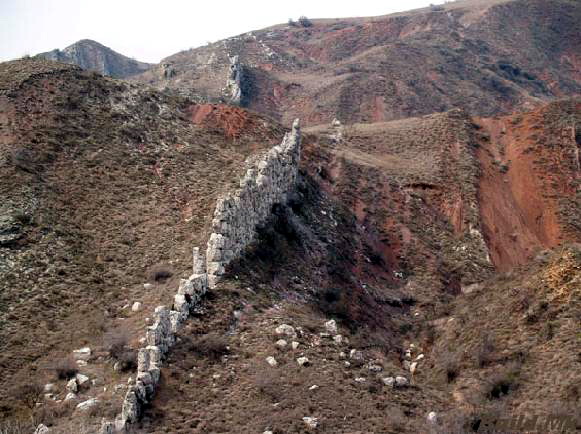 Around the origin about this, in every aspect, monument, there are various points of view. Part of the science claims that it is a natural phenomenon, actually that the Devil’s Wall formed as a result of erosion of the surrounding land. According to them, the only “author” of this unusual Wall is the tireless Neimar- The Mother Nature that has formed this rare masterpiece, like rarely n elsewhere on Earth.

Against this claim and a point of view, there are scientists who claim that the Devil’s Wall is not a natural phenomenon. This claim is stated by the fact that such stones do not exist in the building in its surroundings, then the incredible skill in construction and there is a very thin material with red color.

At the same time, such a hypothesis imposes dilemmas as to how the building is being built, since the Devil’s Wall is on an extremely difficult terrain.

Near the unusual Wall, they say, it is difficult to get on foot and the adoption of the huge stones that weigh at four tonnes of barrels need and appropriate technology and adequate construction of the builders. Actually, says the defense of this thesis, is one of the elements that make this Wall mystical.

Thanks for reading it!