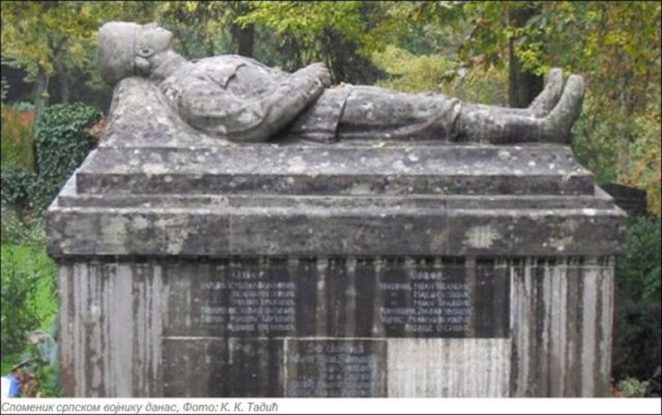 At the Serbian military cemetery in Ulm in the German province of Baden-Württemberg there is a monument dedicated to the younger soldiers in the First World War.The monument is 4 meters long and 3 meters high, symbolizing a Serbian soldier lying on stone in a uniform, and under the “sleeping” stone soldier lying bones 142 Serbian warriors.It is dedicated to Serbian soldiers, warriors of the Drina, Moravian, Timok divisions, who fell into German captivity.It was lifted by four surviving officers and two soldiers.

,,”Here, in a foreign country, in the unknown world, the Serb war prisoners of war from the war 1914-1919 are eternally sleeping.They gave their lives for their homeland after long warfare and much effort.These memories were raised by their comrades, blood brothers and faith brothers,Serb prisoners of war  camp Ulm.Hey, passenger, passing by the cemetery unknown, stop a little and get to know those who died so glorified”.

These words are engraved with Cyrillic and Latin, as well as in German.The monument in Ulm is the work of sculptor Karl Verle and is regularly visited by the clergy of the Serbian Orthodox Church, our citizens as well as representatives of the Serbian consulate in Stuttgart. 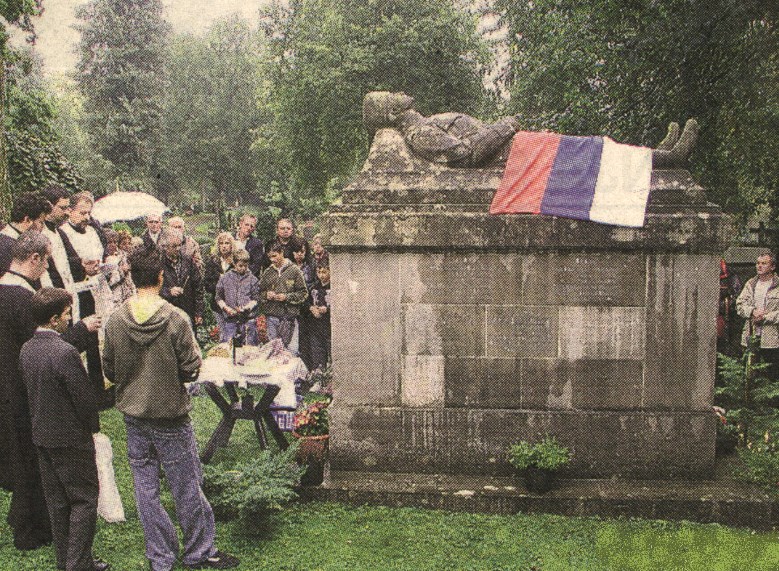 The captured Serb soldiers who were imprisoned behind barbed wire were brought over the Danube River.Those who tried to escape were killed.The others were sent to the estates of the great landowners and died of extreme work.This suffering of Serbian prisoners   during the First World War must never be forgotten.